While the fictitious detective Sherlock Holmes had the amazing ability to deduce facts only from what he saw, his assistant, Dr John Watson, complained of his own inability to see the same facts. Sherlock responded: “On the contrary, Watson, you can see everything.You fail, however, to reason from what you see.”

In other words, it was not only that that one must observe, but one must analyse and draw conclusions from these observations. That was Drucker’s secret also! 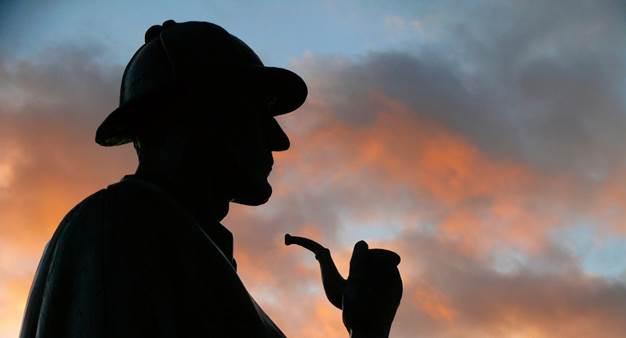 Drucker empirically observed general properties of phenomena and the response to questions which he asked. He did not start with synthetic mathematical formulae into which data was inserted to determine what was to be done, but used his powers of observation and reasoning to determine theory and then further testing this theory as he saw it applied.

This is perhaps why, although Drucker claimed that he always began with his ignorance about any problem, he insisted on measurements and numbers when seeking to measure performance and progress. But he ignored quantitative methods for developing theory or strategy.

This was part of Drucker’s vast mental arsenal. I cannot state his mathematical equations, or his favourite methods of determining significant differences, because there were none. But I can tell you and all can understand the processes of his thinking, to replicate his problem solving and decision-making methods.

The Missing Link in Drucker’s Thinking in Developing Theory

The foundation of Drucker’s thinking was analytical reasoning, based on his own observations. While looking from the outside, he would draw on the logic of what a system’s optimal or failed performance revealed, rather than taking multiple measurements from a lot of different people. Drucker used one final link that Arthur Conan Doyle, the through the Holmes character which he created, also revealed. Drucker uncovered his theories by challenging “the known explanation” of what he saw. He challenged the assumed logic of the outcome of the events witnessed. Here are just a few examples that I have identified:

1.    He examined ideas even if they appeared intuitively obvious or everyone else believed them

2.    He stood “facts” on their heads to see how they looked if basic ideas were reversed

3.    Through practice, he could discern facts that others missed

Examining that which Appears to Be Intuitively Obvious

Ask nine out of ten businesspeople the purpose of their business and they will look at you as if you were crazy. “Why, to make a profit, of course,” or similar words would probably be the answer. Even a Drucker acolyte may simply repeat Drucker’s quotation, “The purpose of a business is to create a customer,” without understanding Drucker’s reasoning or what Drucker really meant, the profit motive and profit maximization were both fair game for Drucker’s genius. Let’s examine his thinking in some detail.

The profit motive is a basic economic concept. On the face of it, there is little to question. A typical definition of the profit motive is: “The intent to achieve monetary gain in a transaction or material endeavour. Profit motive can also be construed as the underlying reason why a taxpayer or company participates in business activities of any kind.” Many also take the societal view that to maximize an economy’s growth, one must also maximize profits. Drucker told us that profit is not the purpose of business and following that, he launched into an unheard-of concept: that profit maximization was not only meaningless, but could be dangerous.

Drucker first called the profit motive itself into question. He claimed that there has never been any evidence for such a motive, and that the theory was invented by classical economists to explain a reality that their theory of economic equilibrium could not explain. For example, a good deal of volunteerism in which individuals, some quite highly paid in other roles, work long, hard, hours for the common good in a variety of organizations for little or no pay and is unexplained by the profit motive.

Few can doubt that many talented individuals knowingly choose occupations that are less financially rewarding due to their personal interest or calling, such as in the US Peace Corps, the Red Cross, or some because some event occurred which was important to them. Pat Tillman gave up a glamorous career as an NFL football star and a $3.6 million, three-year contract after the terrorist attack on 9/11 to become an army ranger. He served several tours of combat before he was accidently killed by friendly fire during combat operations.

Of course, Drucker did not claim that profitability is a waste of time or immoral. This is not true and was not his point. He said that creating hostility to earning a profit was “the most dangerous disease of an industrial society,” causing some of the worst mistakes of public policy and went along with the mistaken notion that there is an inherent contradiction between profit and an organization’s ability to make a social contribution.

Drucker pointed out that a business can only make a social contribution if it is profitable. It isn’t a good thing for anyone if a company goes out of business. Yet, many forget that to continue, a business must invest both in research and development and provide cash reserves for that future.

Many times, well-meaning observers make an erroneous calculation and conclude that a business is being “greedy,” when it is doing exactly what it must do to continue to operate in the future. Drucker went on to prove that profitability—far from being a myth, immoral, or unneeded—is crucial for the success of both individual businesses and society. Moreover, he considered profit (as opposed to profit maximization) even more important for society than for an individual business. However, creating a profit is not the purpose of a business. It was the customer that is essential to any business. Therefore, the purpose a business must be to create a customer.

Standing “Facts” on their Heads

Drucker demonstrated again and again that almost any commonly “known” fact could be turned on its head and used to advantage in gaining an important insight. From this analysis came many of his comments that, as one experienced professor told me early in my academic career, made Drucker “eminently quotable.”

Standing facts on their heads is relatively easy to do to come up with some rather interesting truths. Here are two other well-known Drucker quotes:

At one time it was believed that chess players must all have highly gifted memories, since the champions see several moves ahead of their apparently less-gifted opponents. But recent research Shows that this is inaccurate, because that’s not what champion chess players do. Nor are they necessarily more intelligent than anyone else.

The difference is that champion chess players can look at a given situation on a chessboard and instantly see possibilities, opportunities, threats, and what to do, while others have not developed this skill. Yet their memories of other things may be just as bad as everyone else’s. This ability is not something that they were born with, but rather a result of having experienced so much chess play that this incredible ability is automatic, and they need not even stop to think to be able to grasp a chess situation and apply this unique, but developed, talent.

Drucker could do the same. Given a management situation, he could quickly capture the important facts and immediately ascertain the important issues and what questions to ask and whom to ask. Now, you may think that this ability is unique to Drucker and can be duplicated by few if any others.It is more a case of repetition over about 10 years, the exact number is not clear, but years of experience nevertheless. Maxwell Gladwell noted this in is his book Outliers. Simply speaking, you may see celebrities or others who seem to come out of nowhere become instantly successful. A little investigation shows that the “instant success” has a long history of experience to get where they are.

Does Drucker fit into this category? He started out as a journalist in about 1928. His first book, The End of Economic Man, was written about 10 years or 10,000 hours later.

1.    Examine ideas even if they appear intuitively obvious or everyone else believes them

2.    Stand facts on their heads to see how they look if basic ideas are reversed

3.    Keep at it with repetition for the 10,000 hours it takes until you can instantly discern certain things that others miss in any situation in consulting, management, or the vocation of your desire.

*Adapted from the book Peter Drucker on Consulting: How to Apply Drucker’s Principles for Business Success by William A. Cohen (LID, 2016), also titled Consulting Drucker: Principles and Lessons from the World’s Leading Management Consultant (LID, 2017) and syndicated elsewhere.

Have any thoughts on this article that you'd like to share? Or any questions? Leave a comment below or get in touch with the Editor at stacy@pexnetwork.com.