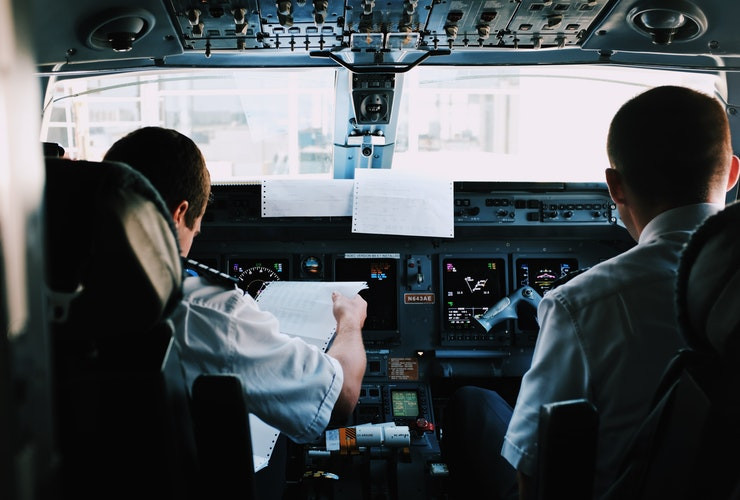 The Air France/KLM group launched a transformation program at the beginning of 2012, called ‘Perform 2020. Within this program, the main objective on Operational Excellence is focused on punctuality. Marie Helene Morvan, Transformation Program Director, Air France explains and shares insights on how being digitally ready is helping the organization to meet key objectives.

Editor’s note: this interview was featured in our recent report "From PEX to OpEx: The Next Generation" on insights and trends on the state of Operational Excellence programs in Europe. Download the full report, along with case studies from Euroports, Coca-Cola, E.ON and Air France here.

PEX Network: Can you start by explaining the four different areas of change you have within your organization?

Marie Helene Morvan: This program is structured around four axis:
1. To develop sustainable growth
2. Be customer-focused
3. Be competitive
4. Change the way we work

So, within the being competitive axis there are actually two issues, one is being most competitive, which means reducing our unit costs as much as we can and the other area is Operational Excellence (OE). Improving punctuality is the main driver for OE for an airline. This is one contributor to one of the four domains to the transformation program.

PEX Network: And what have been the main challenges around that?

PEX Network: How is Air France driving change into the everyday culture of the organization?

Marie Helene Morvan: There are the three areas; customer focus, flight safety and Operational Excellence, which can contradict each other. If you want to drive change in the culture of the people along those three axes, you really need to coordinate them well, so that they don’t contradict each other. For example, if there is a passenger who arrives a little late at the airport and who really wants to board that plane, as an agent at the gate do you accept him or refuse him? To be really customer focused of course you would accept him, if the plane has not gone or if the doors are not closed already, but for the sake of Operational Excellence your driver would not be able to accept him as it will make the plane a little bit late, even if it is one minute, then it has cascading impact on punctuality. If you close your door one minute later it might have a much bigger impact.

We have been developing some thinking about how to bundle all those aspects into something that will not be in contradiction, but an expression of the culture where the three types of elements will not contradict themselves. So, I think the most important and difficult thing is to decide the goals of the control change you want to create in your organization and then to put all those aspects together and not just run them as separate projects.

PEX Network: Has Air France been successful with blending in the OpEx culture to the everyday running of the organization?

Marie Helene Morvan: The key indicator we are following in terms of Operational Excellence is the punctuality indicator and we have metrics that come from the outside so it’s quite objective.

We have a lot of small detail and detailed indicators that will measure the progress on specific activities that sub process if you want, there is a big process that will lead to your plane being able to depart on time, but then you have sub processes and all these sub processes are also monitored. So one of the cultural challenges is based on communicating to the agents the milestones they should focus on individually.

PEX Network: Can you share a little about how you measure program success?

Marie Helene Morvan: It is basically measured by the external metrics, for example the European Airline Association gets ranking of the firms, by punctuality. We are measuring the progress that we are doing; it’s a very visible metrics, so we are measuring by the results. By the general results and all the results at all those lower milestones, where you have databases; by gate, by type of flight - you can measure this on each milestone and whether it was reached and the progress that was made day after day.

PEX Network: Can you explain trends or methodologies that you are looking at to support the digital business era?

Marie Helene Morvan: Digital, especially hand held tools are huge contributors to Operational Excellence in our area because actually they share information much more quickly than before. We are developing hand held devices for agents who are in the airport which will help transfer information between the customer, agents and the central control centre of the airline - this ensures the schedule of boarding all those people is on time.

PEX Network: Is that quite a new initiative?

Marie Helene Morvan: The tools are new as the means to share the data. If you have these kinds of tools you are creating a backup somewhere, if you have an agent on the spot, who is there to check if some of the elements of the process are actually working and can confirm in a matter of seconds if it is working or not, then you control the process much, much better.

Again it is a question of minutes, or even a few seconds to control punctuality. It needs a precise control of the timing so the more you have hand held devices with agents who are able to provide this information in a timely manner then it really gives you an advantage. It also gives you an advantage towards the customer in that they are the other control change element.