Whatever happened to blockchain?

Challenging the power brokers and the status quo 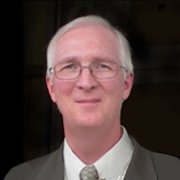 Blockchain, one of the new disruptive digital age technologies, has a legion of fans who say that it promises to reset the game of life in a whole array of arenas. Aiming to streamline processes, eliminate the need for human intervention and create an open record that resists tampering, blockchain appears positioned to be the new wonder drug that revitalizes access to government and commercial operations.

As with anything new, all blockchain conversations seem directed toward what is possible. Even given some problematic technical issues, including the challenges of verifying smart contracts, blockchain still holds tremendous possibility.

Why, aside from a few notable exceptions, is blockchain perpetually just over the horizon?

Some early adopters include Maersk, the largest container shipping company in the world. This global behemoth has initiated operational tests currently focused on the Port of Rotterdam. Maersk envisions blockchain as a way to ease the challenge of tracking the location, contents, and possession of millions of shipping containers as they transit the globe.

The upside is huge, the results look positive, but blockchain’s progress is more of a whimper than a bang. Why? What could be the resistance to a technology that extends past disrupting inefficient and ineffective business processes and holds the potential for shaking up well entrenched power structures?

Could the idea of an open record that resists tampering spell trouble for powerful entities that have built their fortunes on limiting the flow of information into the public sphere?

The Pentagon’s bottomless money pit, a 2019 article in Rolling Stone by Matt Taibbi, delves into the quagmire of tracking funds allocated to the American military machine.

“Despite being the taxpayers’ greatest investment — more than $700 billion a year — the Department of Defense has remained an organizational black box throughout its history,” writes Taibbi. “It’s repelled generations of official inquiries, the latest being an audit three decades in the making, mainly by scrambling its accounting into such a mess that it may never be untangled.”

Migrating the Pentagon’s budget to blockchain certainly appears like a logical way to address the mess described in Taibbi’s article. Blockchain seems like the logical solution to a whole array of similar business problems.

In the energy sector and other industries, accounts payable look like a reasonable place to implement blockchain. Vendors could be paid sooner, rather than waiting two to three months for invoices to be processed manually. That may sound good until the CFO questions, why would we want to pay vendors sooner?

Why would the Pentagon and its myriad of contractors who are perfectly satisfied getting their share of taxpayer money want anyone to see where the money goes? Some powers that be are perfectly happy operating in the shadows or letting an antiquated process muddle along at its own pace as long as it doesn’t interfere with their ability to control processes that serve to their benefit.

When considering implementing blockchain technology or any of the new digital age technologies for that matter, it is wise to identify all the constituencies that will be impacted by the implementation. This could certainly include customers and investors.

Even if they have to appear to support the implementation effort in public, they can still muster a significant resistance behind the scenes.

Consider implementing blockchain at the Pentagon. It makes perfect sense to use this technology in that environment. Congress could have easy visibility into where the money is spent and how levels of inventory are being impacted by major training exercises or military actions. They could also track the development of new hardware and have advance warning of potential budgetary overruns.

But the likelihood of the Pentagon implementing anything remotely resembling blockchain anytime soon is minimal. Not because it wouldn’t serve the public good or because oversight wouldn’t be greatly simplified. Both are obvious benefits. But the likelihood of blockchain bringing an open record that resists tampering to the Pentagon are minimal because the power brokers in that organizations are so heavily entrenched with influence reaching far beyond the organization itself that any implementation effort would be severely sabotaged from a variety of fronts.

You don’t have to be the Pentagon to recognise similar tensions within your own organization. And so blockchain enthusiasts should be warned to proceed with caution: marching forward with a blockchain implementation without considering how it will impact the power structures of the organization can lead to severe disappointment if not a rather disheartening and potentially career limiting outcome. 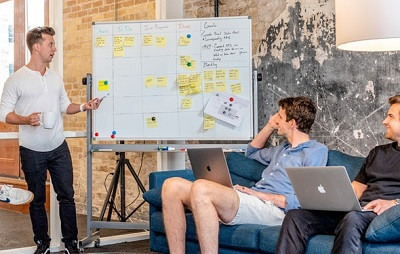 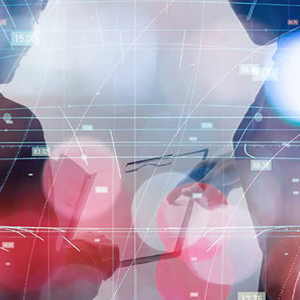