Enhance Your Continuous Improvement Capability with “Raise the BaR” 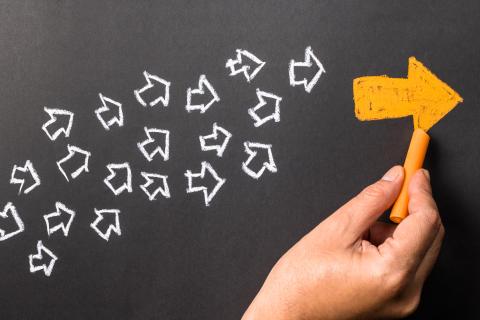 Guest contributor Aaron Azzopardi proposes a concept called “Raise the BaR” to help teams develop a habit of continuous improvement through empowered and engaged teams. Here’s how it works.

Have you ever been in the situation where you had to outperform because you were late to deliver a job or project?

Have you ever had a customer complaint and you tried to do an investigation in order to be able to improve the process?

Probably you succeeded in the first situation and failed in the second. Why?

And what has got to do all this with Continuous Improvement and Raise the BaR?

Continuous Improvement is based on the belief that ongoing and incremental changes lead to better process performance in our businesses. However, in order to be successful the business to needs to create a culture of ongoing improvement that involves all employees.

One of the main reasons that Continuous Improvement programs fail is because they lack the necessary employee engagement. This lack of commitment is due to the fact that most of the times these programs are seen as a threat by the workers, rather than a challenge or an opportunity. This is because they are often driven from the top down and do not empower the workforce. On the other hand if they are completely bottom-up they can fail to link to the business strategy and not achieve the desired impact on the business Key Performance Indicators (KPI’s).

In addition, sometimes CI activities are triggered from events where there is high waste or a customer complaint, so automatically they are associated with negative and reactive situations. In these cases the employees feel even more threatened and they would be much less willing to accept the changes from the CI activities.

The Raise the BaR takes advantage of the improved team performance that happens when confronting a challenge. Using BaR events can help to position opportunities for improvement in a positive light, thus helping to create a habit of Continuous Improvement.

How it Works – The BaR Cycle

The concept is based on the BaR cycle which goes through 7 fundamental steps. The first step is for management to identify the metric to break and announces the challenge to the team. Equally, employees may suggest a metric that they wish to challenge and this can be proposed to and agreed with the sponsor. This challenge acts as a motivator and empowers the team to go back, identify the barriers and take the necessary actions in order to be able to break the record during a BaR event. The BaR event is a team event and it targets only one process for a limited time frame. From the event the winning moves are identified and eventually incorporated in the systems in order to sustain the improvements. Finally, the team shares success and knowledge. At the end, the success or failure of this concept still depends on the support and commitment from the Management.

The first step is for management (the sponsor) to identify the metric that will be challenged in the BaR event. Keep in mind that the aim of the BaR event is to break a record on a small but challenging metric. In this step there are two fundamental criteria for the event to be successful;

b) Link to Strategy – The metric should be linked to the company strategy, although it might not be the main KPI. Example: if one of the main business KPIs is the throughput of all the machines, DO NOT BaR all the machines throughputs, but choose the major contributor. (Remember…small but challenging)

The next step is for the process owner to identify the BaR Team and communicate the challenge. Ideally the team should be cross-functional and represent all the stakeholders. It should be made up from experts of the process (ideally operators) and (ideally) led by a person who is able to carry out structured problem solving. During the first meeting the BaR Team has to agree with the management team about the date of the BaR event.

Having closed the actions, the BaR team should be now prepared to carry out the BaR event as agreed with the management team in Step 2. This is the highlight of the BaR cycle. Management has to ensure that all the help is given to the BaR team in order to be able to organize the event and ensure presence and promotion of the event.

If the record is achieved during the BaR event, then the next step is for the team to identify the Winning Moves – these are the sequence of actions that led to the record being broken during the event - and present them back to the management.

If the record is not achieved and the event was not successful the BaR team shall go back to analyse and start the cycle from Step 3 to try the BaR event again.

Integrate and document the Winning Moves by updating SOP’s, training and/or any other documentation in order for them to become business as usual.

Last but not least, the last step is to share the success and share the knowledge with the other teams. One of the ideas is to create a BaR Wall of Fame, which includes the records and the winning moves.

The Raise the BaR is successful due to the fact that it empowers and engages the team and creates a habit of Continuous Improvement.

From the BaR event one can identify alternative modes of operations which might be used for limited time. For example, during the BaR event the team decides that in order to break the record, an extra person is required on the machine. This is a solution that is not sustainable for long period of times in business as usual production. But this mode (with extra resources) can be used for limited time when production needs to be increased in order to recover from lost capacity due to break down, for example.

So are you ready to improve your processes with the Raise the BaR? Have you ever tried something similar in your company? What kind of results did you get?