Forget Short-Termism: What Do You Do When Management Has a 50 Year Horizon? 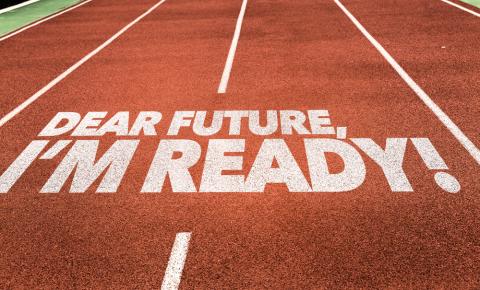 Many process professionals lament that management, under the pressure of quarterly earnings targets, are too focused on the short term to really reap the long term benefits of operational excellence. But what happens to your process excellence plan when management has a 50-year outlook?

That’s precisely the challenge confronting Ron Green, Director of Process Excellence at the Port of Virginia. “Because of everything that goes into making a terminal work, we think in terms of 50-year plans,” he explains. “So, the [process excellence] plan that I develop has to be something that is adaptable and continues to meet the needs of the people in the organization.”

In this interview,part of our ongoing series of interviews with recent attendees at PEX Week USA, Green discusses why that ability to adapt is so crucial, the importance of project portfolio management and explains why he was impressed with the new generation of process mapping software products that’s on offer.

PEX Network: Why did you decide to attend PEX Week USA earlier this year?

Ron Green:  I'm new to the position here at the Port of Virginia; in fact the position itself is new: the company has never had a Director of Process Excellence.  When I first got here, one of the things that I was doing was looking at what conferences or meetings are out there. I've been out of the process excellence community for a little while as I was doing consulting work for a number of years. My research quickly led me to PEX Week and as I studied it, what it was offering and the different tracks that were available it appealed to me more and more.

I was looking for an opportunity to network with peers. I appreciated the more strategic focus of a lot of the tracks. Some of the conferences I've been to in the past got very “down in the weeds”. There's nothing wrong with that but, given the nature of the position I was walking into, I appreciated being able to go and hear other business leaders talk about process and process excellence from a strategic point of view, how it aligned to business strategy, strategic decisions that they have made in terms of how to structure the program because those were the same issues that I was wrestling with.

PEX Network: When you actually attended the conference, what would you say were some of your key takeaways?

Ron Green: One of the big ones was the importance of having a process excellence plan that you're willing to change. In the Nike talk, John Biedry discussed the journey that Nike had been on in terms of doing Lean and how they had to re-evaluate it. They didn't turn 180 degrees from what they were doing but they had to recognize that some things had to change. That’s very relevant to the environment that I'm in; it’s important to have a plan but, likewise, it can't be rigid and unchangeable.

The other thing that was a big takeaway for me was looking at projects - both process excellence and others - from a portfolio viewpoint, so that you recognize that you've got a number of resource constraints. These constraints can drive you to complete fewer projects or fewer projects in a certain area, so you need to be aware of what that whole portfolio looks like so that you're able to optimize or maximize the resources that you do have.

Finally, at a more tactical level, I was amazed at the advancements in process documentation software.  As I mentioned, it's been a number of years since I've delved into process excellence and seeing what is out there was eye-opening to me.

PEX Network: Was there anything in particular that really opened your eyes, you'd say?

Ron Green:  I've been consulting for the last nine years and it was in the area of process. But it was with the US Federal Government and I've spent the last probably three years designing or helping to design custom software for the government that, when I went to PEX Week, I realized probably only gave the government 50% of the functionality of some of the new software that’s available. Now, that’s not a problem because the government wouldn't have been able to go after this kind of software but just seeing what’s possible now – that you can use a browser to get to procedures and wizards to develop the procedures – was amazing.

I come from a very old school where your procedures were in binders at one point and then - if you really got fancy! - they ended up on a SharePoint site or something equivalent. But seeing the sophistication of the technology today, and at a fairly reasonable price point, was eye-opening.

PEX Network: Going back to your key take-aways, why did those particular points jump out at you?

Ron Green: The Port of Virginia is a very capital-intensive business. We're buying multi-million dollar cranes to take cargo off ships and there's a tremendous investment in the terminals to have equipment and lighting. Because of everything that goes into making a terminal work, we think in terms of 50-year plans.

As a matter of fact, we just finished the latest revision of our master plan, which is a 50-year outlook on where the Port of Virginia is going.  So, it's important that I have a plan that complements that strategic vision but at the same time, I would be silly to think that I could anticipate all of the changes that are going to happen in the next ten years, let alone the next 50.  So, the plan that I develop has to be something that is adaptable and continues to meet the needs of the people in the organization.

Regarding portfolio management, there are a number of seminars that I went to that spoke about it. For me, it was just a little bit of a lightbulb moment to recognize that even with process projects you need to think of in terms of portfolios. What are all the different levers that you have access to in terms of managing those projects? That way you can put together a portfolio that will yield the best results and recognize that even if one particular area in the business is the area that has the most opportunities for improvement, it might be unrealistic to develop all the attention there because it just might not have the management capital, if you will, or other resources available to accomplish everything in a short amount of time.

PEX Network: It’s interesting what you say about the 50-year plan because so many people complain that management is way too short-sighted.  In a sense it sounds like you've almost got the opposite problem.

Ron Green: It's a function of what we do.  The ports in the United States are often a hybrid of private company and government agency, much like the Port of Virginia is.  So, we've got to be able to signal to legislators that we're going to have a large capital need in five, ten or 15 years so that the monies are made available to invest into the port, which then creates jobs and helps the supply chain for the whole country.

So, yes, we're looking 50 years ahead.  We also have a strategic growth plan.  That's looking at the more immediate next five years and those two things obviously have to keep talking back and forth to one another.  If we get new markets emerging that we hadn't anticipated, those will first go into the strategic growth plan and then will need to be incorporated into the trajectory of the 50-year master plan.

Ron Green: What I would like to see - and I think it's happening already- is a continuing alignment between our profession and the operational arm of the business.  I think the future of our profession and business lay in even greater integration between process excellence and the operational arm.  Here at the port, we've got six terminals all together and they do business very differently. I think it would make sense to have somebody from my team who is integrated into those terminals and understands how the operations work. Then they can work as an advisor and a process excellence professional for the people within that terminal. So, I think that continuing alignment is important.

The other thing is a continuing recognition for how critical the people side of process change and transformation is.  Every time I go to a conference, I see more and more people talking about that and I think that's a great sign.  I think in the past our profession may have been focused a little too much on the mechanics of getting a process implemented or changed. Then we somewhat washed our hands of it. I think the more mature or astute process excellence practitioners now are recognizing that ultimately it's people that have to change for a process to change. We can start to teach our process excellence professionals those skills around change management and I think that is going to do a world of good.