One day I returned from a business trip to learn that we would be adopting a new rescue dog. Evidently our current dog was lonely and somehow convinced my wife that he wanted a brother.

Enter Logan - a three pound Maltese mix who had been mistreated and left out in the woods to die. He was a survivor though and somehow made it to an animal care center. He was diseased, underweight, scared, and didn’t trust humans.     In fact he didn’t even know how to play. Today he’s up to a healthy 9 lbs. and happy (most of the time). Along his journey he demonstrated some great lessons in change from which we can all benefit as we wrap up our year.

Lesson 1:  The Dust Will Eventually Settle on Any Change

When Logan first came to live with us he promptly went under the couch and pretty much said “if anybody needs me, I’ll be under here for the foreseeable future”.  This was a lot of change to absorb for the little guy so he immediately retreated to the dark cave of safety.  Was this a positive change for him?  Yes – on many levels. However, he needed time to assimilate that change. Ultimately he came out and learned all the great aspects of his new life. He’s only under the couch during loud storms – where I feel like joining him.

Whenever you roll out a process change of any significance that impacts people – be it positively or negatively – they need time to absorb the change and become acclimated to the new way. Know that some of them will shoot under the couch and all you’ll see is their eyes glowing in the dark. Getting them involved early on in the design allows them to become acclimated much faster once the rollout period hits.

Lesson 2:  Crisis or Opportunity?  It’s All About Perspective

Our original dog Leo views humans as a giant source of snacks and belly rubs while Logan sees any human as a would-be assassin.  When you go to roll out a process change – one person impacted by it may see it as great while the person in the office next to them thinks it’s the worst thing they’ve ever seen. Whether or not someone resists your proposed process change is a function of their filter or perspective on things. We can help adjust that filter and get better change adoption, but first we need to know about it.

As you are designing your change, get input from the people who will be impacted. Make it safe and easy for them to either wag their tails or growl at you (metaphorically speaking…).

Both of our dogs get excited when they see something super-interesting like a squirrel, butterfly or leaf.  They are on sensory overload, their attention flitting from thing to thing until they find a scent they like at which point their focus locks in better than a heart surgeon doing a bypass.  Dwayne Johnson and Arnold Schwarzenegger combined couldn’t move that 9 pounder from the tree some other dog recently marked.

As you roll out your process change it helps to keep in mind that the volume, speed, and complexity of information coming at us today is greater than any other point in history. Your finely crafted email announcing your upcoming change is just one of 147 other communications hitting your audience that morning – it gets lost in the whitewater of visual and auditory inputs washing over us every nano-second.

Have a communication plan for your change, start it early in the process, and be prepared to communicate multiple times and in multiple ways.

Now, if you’ll excuse me, there is something evidently of international importance going on in my den regarding a chew toy. 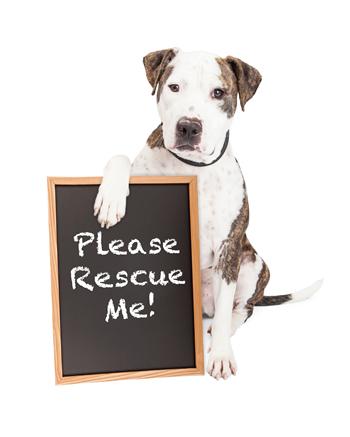