Use Data to Drive Behavior for Operational Excellence, says VP of Operations at Statoil 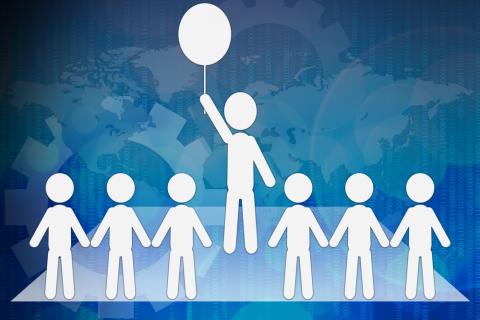 Can data really change the way that people behave? Absolutely, argues Asbjorn Love, VP of Operations at Statoil. In this interview, part of our Q&A series with advisors to PEX Network’s PEX and Performance Management conference, Love explains how big data and transparency is helper drive greater operational efficiency at Statoil.

PEX Network: What would you say are the biggest challenges confronting your industry at the moment?

Asbjorn Love: The oil price falls have pretty much cut our income in half, so that’s had quite a dramatic impact. Everyone in the industry is all going through the same thing: cutting our internal costs and trying to increase our revenues in any way we can.

But we, at Statoil, started our improvement program a year before the oil prices started to drop – at that time it was at about $120 a barrel - because what we’re doing is necessary for long term sustainability. So while operational excellence is not something we’re doing because of the low oil prices it has been definitely boosted by them.

PEX Network: Could you give us some insight into that operational excellence program? You started it when oil prices were high; why did you start it then? What were the drivers for it?

Asbjorn Love: At the time we were experiencing a tremendous increase in KPIs like man hours per ton per project. Engineering hours per ton had also increased by a tenfold over the last ten or 11 years. So those were things that we wanted to address. We also saw that the margins for payback from investment in the oil business had decreased dramatically even though the oil prices had increased.

In terms of structure, the operational excellence program is very big because it affects the whole company: we have 23,000 people. I think the main reason we have been having success with it is that there’s a tremendous push from top management on down and all the way out to making this happen.

We’re driving a huge amount of change here. But I think what we’re doing is just based on common sense, something that every company would do if they put their mind to it.

For instance, we recently had a visit from the CEO of GE, Jeffrey Immelt.  He said that the major change this era was making use of big data. I think there’s something I would add to that, which is transparency. It’s making use of big data, both out into the organization and back up to the top management. The way our company is run today is that we have a reporting system which goes from level to level, all the way up into the organization; I have to answer to the board and say what’s happening in my organization and so on.

But when we use big data, this data is all available and you don’t need that kind of reporting. Our top guys can log onto his computer and he can see what’s actually going on, because he can get the reports on a weekly or monthly basis. That’s the way big companies can do things today but most big companies, at least in my experience, don’t do it yet. They still have these old fashioned reports - I report to my leaders and so on - which creates a lot of time spent on things don’t really need to be spent on.

PEX Network: How do you ensure that your program stays really focused on helping the business deliver on strategy?

Asbjorn Love: I think the largest change which we have implemented in the last two or three years is that we have increased transparency and “knowing the numbers.” That’s been our slogan within the financial community in our organization for quite some time: knowing your numbers and knowing your risk.

I think people now to a much larger extent are aware of the effect their behavior and actions on cash flow, on income, and on expenses, at all levels of our organization. That wasn’t the case before. Earlier on, we used to keep those numbers just within the management group. Now we’re pushing them out into the organization, making people aware of what things actually cost so that they can take action.

People make decisions in quite a different way once they get those numbers. I’ll give you a small example. In the installations for which I’m responsible, we have quite a few suppliers.  My operators are normally trained and given the responsibility for taking these suppliers on board, making sure they know the tasks and equipment and then making sure they have all the necessary facilities to do their job.

Now we show our operators, the contract with the suppliers and explain what kind of incentives are in place for the supplier to do his job. As suppliers normally work two weeks on and then take four weeks off, if a supplier comes in for just has an eight day job, then normally they stay for the full two weeks. This means that we end up paying for six days for which we’re not getting any work. Making those kinds of contract elements available to our operators, has reduced costs on the supplier side dramatically.

PEX Network: The final question again another general one, is what’s the best piece of advice you’ve ever received about operational excellence?

Asbjorn Love: I’ve been in operational excellence for quite some time now and I don’t know whether it’s one piece of advice which has influenced me most or been the best, but as I’ve said throughout this interview, I strongly believe in transparency, in making use of big data all the way into the organization, to the sharp end. I think that that is a key driver for behavioural change.