* That's: 'management as a liberal art' 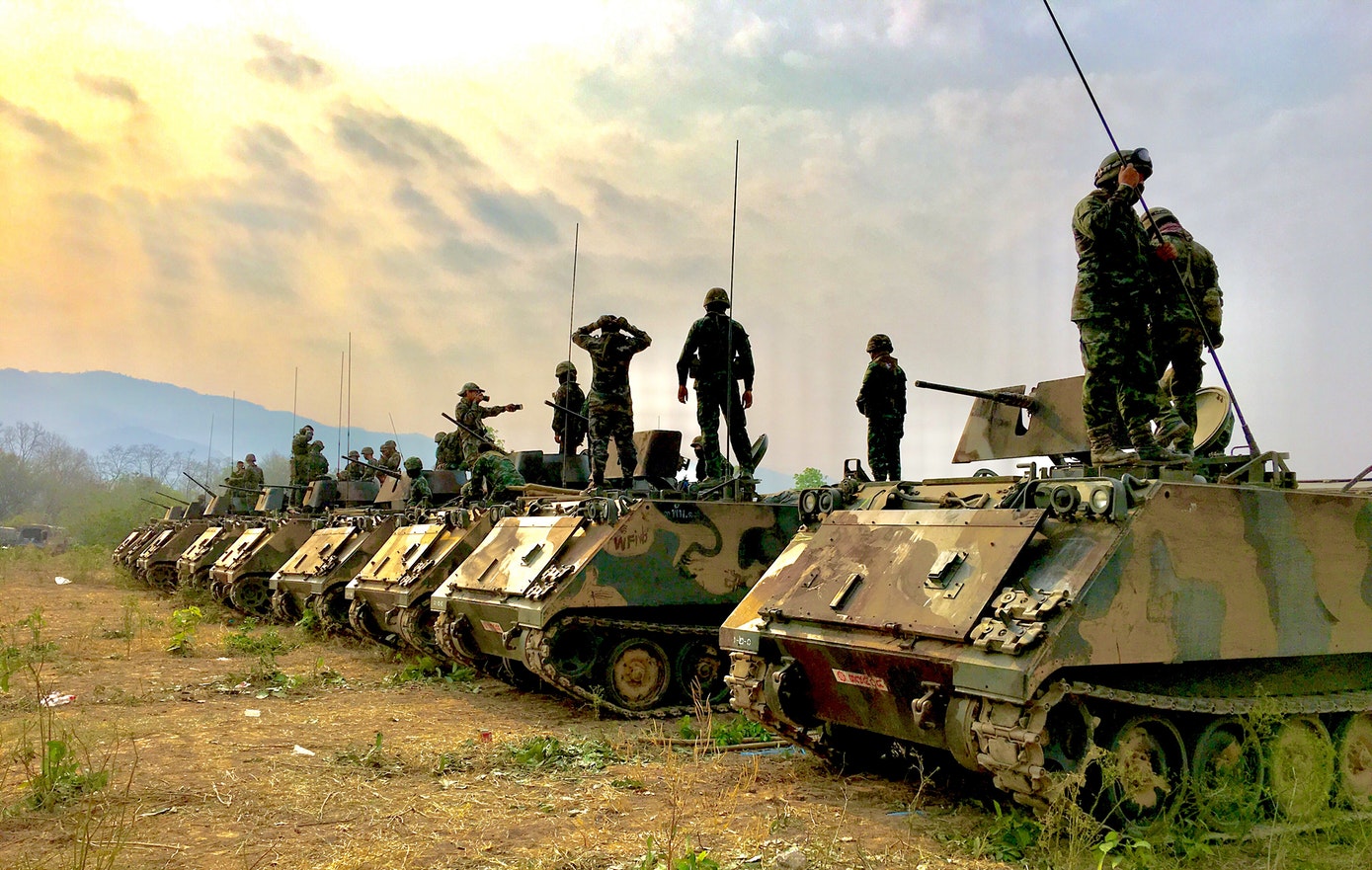 In the 1970s, Drucker taught his students: “Numbers are but one input to executive decision-making; a manager must make his decisions primarily with judgment, using one’s gut.” In 1990 he wrote: “Management is what tradition used to call a liberal art: ‘liberal’ because it deals with the fundamentals of knowledge, self-knowledge, wisdom, and leadership; ‘art’ because it deals with practice and application and results.” This was missed by many, but it was a revolutionary statement. Until then, business schools around the world had spent years seeking to prove that management was above all else a science. More and more they stressed quantitative methods for decision-making.

In opposition, Henry Mintzberg at McGill University went further and boldly developed an entire graduate level program in management that was not an MBA. In 2004 he published a book entitled Managers, Not MBAs which reiterated Drucker’s point and explicitly stated that academia had become counterproductive by over-reliance on numbers to quantify much in management that could not or should not be quantified in their education of managers and attempts to define management as a science. Meanwhile at Drucker’s old school, now the Peter F. Drucker and Masatoshi Ito Graduate School of Management, two Drucker Institute Board Members Minglo Shao Chairman of the Bright China Corporation in China and Bill Pollard, a former Chairman and CEO of the ServiceMaster Corporation, a Fortune 500 corporation, encouraged, and sponsored the MLA research of Drucker’s academic colleague, Joe Maciariello.

As an essential element which Drucker had specified, I had earlier done research in lessons from battle leadership that had been applied to civilian endeavors. Battle represents a “worst case” condition, and even traditional motivators such as high pay, good benefits, and job security aren't much good or at least, are not fully effective. But you can apply the leadership techniques used in battle in many situations - even if you have never been in the military.

Lessons that are Still the Basis of Leadership Success

I sought subjects who had not only led in battle, but also had gone on to demonstrate successful civilian careers in non-military activities. The foundation of my research was a survey sent to more than 200 former combat leaders and conversations with hundreds more. All had become successful in the corporate world or in other non-military activities after leaving the armed forces. I asked these former combat leaders what they had learned from leadership in battle. I asked about the tactics they used, about their importance and the most important actions a leader must take. I asked whether they used these insights in their civilian careers.

I discovered that approximately ninety-five percent of the responses I received boiled down to only eight ideas. However, each of these leaders had seen one or more of these eight concepts to help them to achieve extraordinary results in their careers.

In a latter phase of my research, I interviewed other successful senior business leaders and reviewed dozens of corporate situations and the actions taken by these corporations’ senior leaders. Some also had combat experience in the armed forces. Most did not. Some had developed their own lists regarding leadership over the years. While their lists differed from each other, they invariably included some version of the eight responses I had developed from my surveys. I also looked at 7000 years of recorded history to confirm or to disprove these concepts in different settings. There was an abundance of evidence which supported most of the principles which I had uncovered from my research with combat leaders.

General Ronald Fogleman who had been Chief of Staff of the Air Force wrote the foreword to my first book explaining how to apply these lessons. Many successful leaders wrote testimonials and allowed me to use them. These included those with military experience such as General H. Norman Schwarzkopf who had led and been successful in the Gulf War and Secretary of State Alexander Haig Jr., as well as Astronaut Frank Borman and former Marine Robert Lutz who was then vice chairman of the Chrysler Corporation. But there were also those who had no military experience such as billionaire Bill Bartmann and Barry Gordon, former and longest serving president of the Screen Actors Guild.

Bill Bartmann was once listed as the 25th wealthiest man in America, and right ahead of Ross Poirot, who was listed number 26 in an article in Forbes Magazine.

I had a lengthy discussion about each law with Drucker which was published first in my book Drucker on Leadership (McGraw-Hill, 2009). Over a spaghetti lunch, I went over each point in my research in some detail. Here are Drucker’s spoken and written comments.

“You are entirely right and absolutely correct in listing this as your first law. A leader can be well-liked and popular and even competent and that’s all well and good, but if he lacks integrity of character he is not fit to be a leader.”

Drucker had written in one of his books: "Character is not something you can fool people about. The people with whom a person works, and especially subordinates, know in a few weeks whether he/she has integrity or not. They may forgive a person for a great deal: incompetence, ignorance, insecurity or bad manners, but they will not forgive a lack of integrity."

“This seems obvious, but some managers do try to cut corners rather than mastering the knowledge that they must have and that is essential to the quality of their performance.”

Drucker wrote: “. . . leadership rests on being able to do something others cannot do at all or find difficult to do . . . “

“I’m uncertain what you mean by this. If you mean that a leader should declare his objectives, his mission --- by all means.”

“The failure of many is because they show no commitment, or commitment to the wrong goals. This gets back to your third law. Commitment comes from a worthy mission and then strong commitment.”

Drucker wrote (referring to what nonprofits could teach business): “. . . nonprofit directors tend to have a personal commitment to the organization’s cause. Few people sit on a church vestry or a school board unless they deeply care about the religion or education”

“There is a cautionary tale. One must not be a ‘Pollyanna.’ Still the central thought is correct. One cannot be negative and succeed in anything.”

Drucker wrote: “Whenever you see a successful business, someone once made a courageous decision.”

6. Take Care of Your People

“Many managers are failing to do this, and it will catch up with them.”

Drucker wrote: “A leader has responsibility to his subordinates, to his associates.”

This point requires some further definition and I explained what I meant to Drucker. What I meant by this is that the leader had a duty to accomplish the mission and a duty to take care of those to who he or she was responsible. The leader’s own needs must only come after fulfilling of this duty.

“This should be the basis of all leadership. The leader cannot act in one’s own interests. It must be in the interests of the customer and the worker. This is the great weakness of American management today.”

Drucker wrote: “Douglas MacArthur . . . built a team second to none because he put the task first . . . He was also unbelievably vain, with a tremendous contempt for humanity, because he was certain that no one came close to him in intelligence. Nevertheless, he forced himself in every single staff conference to start the presentation with the most junior officer. He did not allow anybody to interrupt.”

“Very true whereas junior leader or the CEO the leader must be where the work is the most challenging. During World War I, the deaths among higher ranking officers was rare compared with those they caused by their incompetence. Too few generals were killed.”

Drucker wrote: “. . . the human being himself determines what he contributes.”

The Essence of Success

I was looking at what Bill Bartmann, had written in endorsing a book discussing my research. Bartmann had written: “You have discovered the essence of success. It will be mandatory reading for all of our managers because it will not only help them to become better leaders, but also enjoy a more successful life.” Those who I had surveyed had used them to become successful as leaders as a part of IMA, but as Bill had said, they were the essence of success and clearly Drucker agreed.

* Adapted from the book Peter Drucker on Consulting: by William A. Cohen (LID, 2016)