Three Epic Change Failures (And What We Can Learn From Them)

Ever launched a process change only to have it blow right back in your face? If not, it’s awesome to be you.

If you have experienced change blowback, there is something to be said for having a failure (hopefully not epic) sometime during your career – you will feel the pain and that will alter your DNA such that you will never make that same mistake again. Afterward, you may warn others not to "touch that hot stove". But, if they are not part of the brotherhood and sisterhood of "yes, I’ve felt the pain," the people you warn sometimes just won’t get it.

It’s in that spirit that we look at three epic failures to make a large change. On our tour, we’ll drive by the twisted wreckage and see what take-aways we can salvage, but I can’t guarantee we’ll have a gift shop at the end. Let’s begin…

• Failure #1: Topping the list of epic product failures is New Coke. Launched in April, 1985 consumer opinion was so bad that by July 1985, The Coca Cola Company brought back the original formula. "Process Change 101" tells us to listen to our customers and those who will be impacted by our proposed changes. Tools like Kano Analysis also advise we look at latent customer requirements. Those powerful but unstated requirements, left unattended, can rear up and capsize any change. In the 80’s sweet was "in". While the sweeter flavor of New Coke had passed thousands of taste tests, they totally missed the unstated requirements around the intrinsic bond consumers had with the brand.

Take-Away: You have to listen to the voice of the customer, but be certain to probe underneath the "top of mind" feedback to those unspoken but very vital acceptance criteria!

• Failure #2: What do the United States, Burma, and Liberia have in common? They are the three countries that have not adopted the metric system, according to the CIA World Fact Book. If you live in the United States your speedometer is in MPH, your market prices food by the pound and your weatherman reports temperature in degrees Fahrenheit. Did you know that was not always the plan? Under the Carter administration, the Metric Conversion Act of 1975 was launched. Due to resounding apathy, it limped along only to be disbanded in 1982. Another classic example that culture eats process for lunch.

Take-Away: Understand the culture of your organization and when possible launch changes in alignment with that culture. Leverage the massive invisible force that is your company culture.

• Failure #3: Third place is tough as there are so many examples. We’ll reserve this esteemed slot for Motorola and their analog cell phone for one specific reason – lack of change. Motorola invented the cell phone and dominated the global market in the mid-80s to early-90s. However, when digital technology emerged around 1994, AT&T requested a digital phone. Motorola stuck to their analog guns, allowing Nokia to step in and fulfill demand. Motorola, late to the digital game, found their market share drop to under 14% by the early 2000s. They got to sit on the "animal house couch" with NCR (almost went out of business in the 1970s by sticking to mechanical cash registers too long), the Swiss watch makers (actually invented but didn’t use digital watch technology), Sears (#1 in retail for years but failed to react to Walmart in time), and many others.

Take-Away: Don’t be a change victim. Keep your head on a constant 360-degree swivel. Raise your horizon and see what changes are approaching. Stay nimble and be ready to respond to whatever changes are emerging. Often, there will be a limited window of opportunity for you to leverage oncoming change to your advantage. The sooner your radar picks it up, the more time you have to prepare.

There you have it – I hope you enjoyed the tour. Please exit to the left. In any list like this, someone will tell me I missed their favorite failure. I’d love to hear from you – please respond below or contact me through my website www.lsscert.com with your favorite story of a failed change. 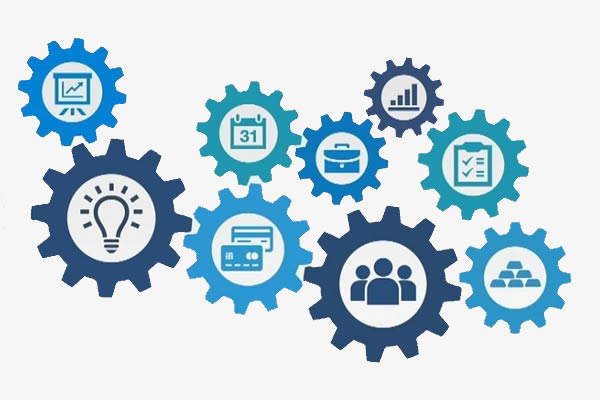 Are Your Operations Doing the Right Things, at the Right Time, in the Right Way?
2015-12-22
By Dan Morris

Are Your Operations Doing the Right Things, at the Right Time, in the Right Way?
2015-12-22
By Dan Morris