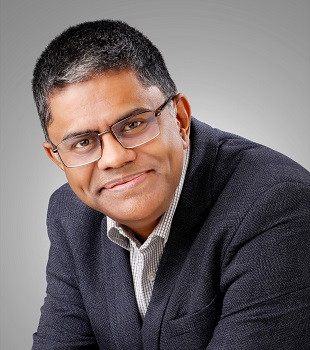 As 2010 ushers in, it’s time for us to look at the key trends that surrounded the ecosystem of all businesses. These trends provide a cue into the way the engine of performance improvement will be driven going forward. Organizations serious about customers and improvements will find it difficult to neglect these events. While leading business transformation initiatives, change agents will have to enmesh these trends with their knowledge of quality/improvement methods and techniques. These trends should not only be an integral part of the transformation process but also play a part in the final solutions. And they would touch a myriad of facets of business such as product development, customer engagement, acquisition, human resources, costs, profitability, distribution, processing, risk management, cost and so on. So what are these trends and the takeaways for performance improvement leaders?

1. Power of Social Networking Sites: Something That Companies Can No Longer Ignore

Did we ever think about social networking sites pre-2000? Maybe not, but in the last decade, we have seen how these sites have become an integral part of our lives. Social networking sites such as Twitter, Orkut and Facebook have grown in use and importance, and businesses can no longer afford to ignore them. Companies have began using these social media sites to carry out market research and even test possible product and marketing ideas; for instance, Citibank turned to Facebook to ascertain acceptance of its new Citibank Air Asia card launched in Malaysia.

In addition, companies have started looking at social networking sites as another channel to respond to customer concerns and queries. For example, Wells Fargo has a team that responds to queries on checking, savings and online accounts though Twitter. Social networking sites have also been used to deepen customer engagement; for instance, Walmart uses Twitter to create engagement by sharing what is happening within the company and exposing the community to its unique culture.

In October 2009, ASDA Chief Executive, Andy Bond talked about "Democratic Consumerism," a way of doing business in which consumers dictate the way the companies do business and also dictate what products companies sell. Customers are considered as partners and are involved in all aspects of the business. This emanates from a belief that because customers have a diminishing trust in government and business, they have a growing demand for more openness and transparency. As a result, Bond launched a series of initiatives at ASDA in order to make the otherwise opaque company more transparent to customers. These initiatives are: 1) Your Asda: a blog, which introduced a number of webcams to provide a view of the company’s operations, including a dairy farm, carrot processing plant, and its head office, Asda House, in Leeds; 2) Chosen by you: Beginning Jan 2010, customers can get involved in product development, packaging etc. by logging on to www.asda.com/yourasda; 3) Bright Ideas: Customers who come up with brightest ideas that saves the business money will be financially compensated. If an idea saves ASDA £2 million, the customer will be awarded £100,000.

Complexity is a problem that tacitly weakens organizational performance and is difficult to detect. While the concept is not new, leaders in the last decade had started realizing the importance of complexity reduction. As early as 2001, Larry Ellison, CEO of Oracle, talked about "War on Complexity" in computer software. One of the major reasons for complexity is proliferation. Complexity gets added to organizations because of multiple products, different channels, suppliers, locations, mergers and acquisitions, etc. As the pressure of growth builds, companies inadvertently do things that they should not do. In the Western world where growth is limited, organizations have been flooding the market with multiple products, more distribution channels, etc., all with the expectation to gain new customers. In emerging markets, companies are doing the same but with expectations to garner market share in the growing market. As businesses worked towards catering to varying consumer needs, they have adopted newer processes and complex technologies, which not only made businesses complex but also added to cost.

Just look at the financial services domain. Earlier we just had a branch for the customer to carry out transactions, while today we have multiple channels such as Internet, mobile-phone, television, phone, ATM, etc. A financial services company may have a large number of credit-cards/co-branded cards, but most of them may not really contribute to desired revenues. A closer look can show that only a few of them really make a positive contribution to profits. The impact of complexity results in higher customer lead times, depleting profits, slower decision making and irate customers and so on. Clearly as organizations grow, they will have to install metrics that can measure complexity and associated hidden coordination costs within the company.

Take Away: Identify the key drivers for value and proactively engineer simplicity for customers and employees. Focus on what’s important—the bulk of value creation happens in 20-30 percent of your offerings. Shun the mindset of market-share and instead focus on value-share. After getting rid of products that do not generate economic profit, work toward reducing the complexity within your company.

While service businesses’ adoption of information technology happened in the late 1990s, the last decade saw the use of technology solutions for customer convenience, operational improvements, security enhancement and business expansion. One thing became very clear: technology adoption is going to be a part of many process improvements. Forward looking practitioners made sure that when they used process improvement methods such as Lean, Six Sigma, etc., technology was very much an option which was kept by successful streamlining of processes. Companies adopted key technologies such as mobile banking, RFID, smart cards, biometrics, and grid computing and so on. For example, Indian financial institutions such as ICICI Bank, Union Bank, Indian Bank and Corporation Bank began using biometric solutions for underprivileged masses both in the rural and semi-urban areas. ICICI Bank provided mobile and TV banking to provide better customer convenience. Walmart began using RFID for tracking cases and pallets of supplies. Organizations looked forward to technology for providing greater security to customer transactions. There are a plethora of examples from around the world.

Take Away: Remember that process improvement methods (such as: Lean, Six Sigma) and technology solutions are not oxymorons but can complement each other. While leading process transformation, do look at technology solutions if there is a need and business case. Of course, this does not mean that you should automate a waste-laden process/business system.

5. Lean for Service: Quality Improvement Approach of the Next Decade

While Lean has been around for more than two decades, the services business saw its adoption in the early 2000s. In 2003, the Harvard Business Review reported the first case study on Lean adoption by a service company, which was Jefferson Pilot Insurance (the company was acquired by Lincoln Financial in 2006). In Asia, ICICI Bank led its deployment of Lean in the early 2000s. Since then, a large number of service companies have adopted Lean (in isolation or with Six Sigma) as a method for performance improvement. Companies in financial services, healthcare, education and hospitality have reported successes. Bias for action, team work and quick results has helped this practice to get into the mindset of business leaders. While we still do not have a Toyota of service businesses, Lean is going to be an important engine for business process improvement going forward.

Take Away: The next decade will see this practice taking center-stage of services performance improvement. Hate it or love it, you cannot ignore it. I am confident that by the end of 2019, we shall for sure see the Toyota of service businesses in the horizon. This handful of companies will have institutionalized Lean thinking as a part of their culture.

Service as a concept is not new. However, the last decade has reinforced the fact that differentiating through service is the only way forward for many businesses. Companies have realized that as products get commoditized, differentiation becomes a big challenge. Even if companies launch new products sooner rather than later, their products get copied by others and their unique selling proposition is lost in the marketplace. In such a context, quality service can be a distinct differentiator that competitors will find difficult to compete with. This will be possible when companies provide a superior experience and cater to customers’ demands that are valued by customers.

Service companies across the spectrum realized this importance in the last decade. Take the example of the banking sector. The financial tsunami in 2008 has made life difficult for banks. Getting deposits has never been so difficult. These banks have realized that superior service is a way to gain a competitive advantage and increase the share of their wallets. There are already a few successes on the horizon. For example, at Amazon.com, CEO Jeff Bezos has stuck to his vision of creating a world-class retailer with a focus on creating a superior customer experience. His persistence has paid off. In October of 2001, Amazon.com traded at $5.51; in December of 2009, it traded at an all-time high of $145.91. By the end of December 2009, Amazon.com shares traded near $135, still a 2,400 percent leap off the low. Clearly, creating a superior customer experience does pay off in the long run, and it will continue to be a big part of the agenda for performance improvement professionals today.

Take Away: Embed superior customer experience as part of the agenda for business enhancement. Relentlessly get the basics of service performance correct and look for opportunities to exceed customer expectations. Creating exceptional experience does not have to cost a lot of money; it just requires an alert company staff that is willing to go out to better serve the customer.