Is your measurement system holding you back? Thoughts on a call center 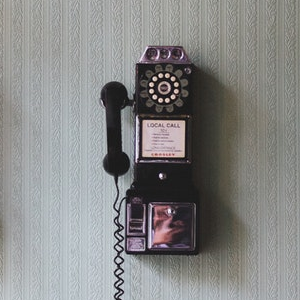 But when it comes to call centers and delivery of successful outcomes, there are 6 common problems.

Call centers have some of the most impressive list of operational metrics to assess the true performance of each transaction. A few of the common indicators that are measured are Average Handle Time (average time an agent spends on the phone), After Call Work (average time an agent spends completing follow-up work while not on the phone) and Credits (total compensation that the agent has provided to customers to address issues - if they are empowered to do so). Luckily there are typically Quality indicators such as Customer Satisfaction scores, Transfers (total times an agent has to transfer a call to gain resolution to an issue) and Repeats (total times the same customer has to call back regarding the same issue).

While I am simplifying a bit, this does provide a fantastic way to predict cost to serve. The challenge is that we’ve also removed complete Alignment between the team members and the end outcome and have introduced a significant customer pain point and hidden cost.

Problem #2: Average Handle Time theoretically should encourage team members to drive to the fastest resolution to a customer issue. Unfortunately, in the time that I’ve spent working on programs to improve call center performance or job shadowing agents I’ve come to realize that often it drives attempts to (1) get rid of the customer as quickly as possible and (2) in the worse case scenarios flush the call as soon as you get it (which I’ve seen happen right in front of me!)

Problem #3: After Call Work should theoretically drive efficient processing of requests to maximize utilization. Unfortunately, too often I’ve seen the result drive behaviours that drive (1) faster processing that result in missed commitments or actions needed to complete the transaction fully or (2) keeping the customer on hold longer as the necessary background work is completed, resulting in added customer effort. As one agent once explained to me, it becomes a numbers game that they need to manage throughout the day to balance their AHT and ACW results!

Problem #5: Credits are often reduced as an easy way to save money. While that is in fact true, do we know the impact of not resolving an issue appropriately? I can recall a personal example of an airline that preferred not to resolve a $60 issue and instead lost $0.5M in future revenue.

Problem #6: Transfers and Repeats are often seen to be the perfect quality indicator but as I’ve learned by sitting on the floor, they can also be gamed.

These indicators focus on "how" to do the work, create a false sense of solid operations and financial management and don’t help build alignment with the right successful outcome.

So is there an alternative? Indeed. In my next column, I’ll talk about a way to build alignment at the agent level against two simple levers (1) delivering a successful outcome and (2) at the highest value that money can buy. When effectively implemented, the outcomes on Customer Satisfaction, Customer Effort, Cost and Employee Engagement are beyond belief.

Have you seen other examples where your measurement system is limiting your potential to excel? Have you seen leaders that did an exceptional job in creating alignment between activities and organisational vision?