Drucker Rules for the Ambitious

Drucker took a non-traditional route to academic success. In this article, Dr William A. Cohen highlights how the “Father of Modern Management” reached the pinnacle of his career through five simple rules. 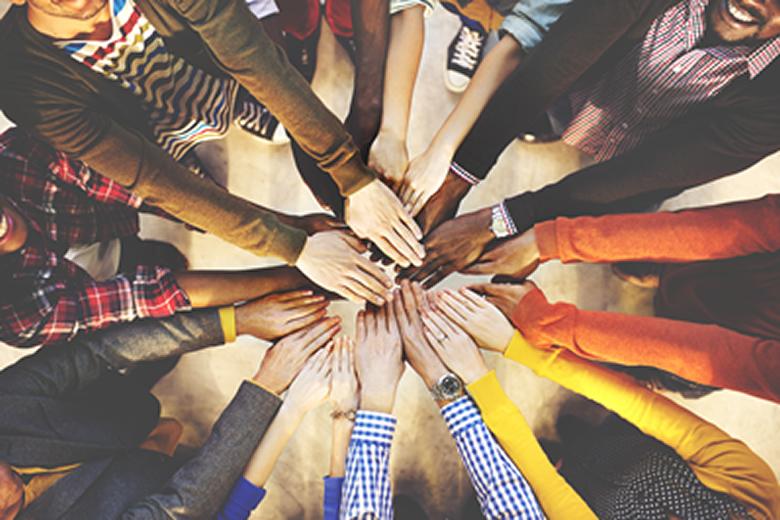 It is one thing to be able to contribute to humankind in challenging work, but that ability is worthless if you can’t demonstrate it. Drucker would have said that it is a societal obligation to make it so. That is, for the maximum number of others to know about and to take advantage of your contributions.

Drucker learned from his work with General Motors he could contribute to organizations from his knowledge and methods of analysis. Yet, he did not advance in academia in the usual fashion and his success with organizations as a consultant and as an academic was not achieved in the ordinary way. Fortunately, the ideas and methodology he used was effective in reaching the pinnacle of his profession.

The methodology Drucker used to achieve

The usual steps recommended for academic success and an eventual “Father of Modern Management” would probably be, completion of a terminal degree in management, that is a doctorate; then acquisition of a “tenure track” position at a top research university. Drucker started by obtaining a PhD in law, not management.

In US academia, a “tenure track” position is one that leads to tenure at a university and is not a temporary or contract position. A tenured position is a contract of lifetime employment with the university. The professor can only be terminated for a serious offense such as “moral turpitude” which covers sins from sexual harassment through to first degree murder.

Acquisition of tenure is the next step. The common model for the period of probation is six years until a “new” professor is recommended and reviewed for tenure. More often, it may be deferred indefinitely or deferred for an additional fixed period of trial before it is given. The non-tenured professor may be given three chances at achieving tenure through an annual tenure and promotion board’s review. Normally, there are three levels of boards for review, any one of which can veto the recommendation of the lower board.

Finally, the application goes to the president of the university, who makes the final decision, thumbs up or thumbs down. The primary determinant for tenure at top universities is important research published in peer reviewed research journals.

Drucker did not follow this usual, well-traveled path. He did complete a terminal degree at the University of Frankfurt in international law, but that was about it. He used his PhD and initial books such as The End of Economic Man to obtain a position teaching politics and philosophy at Bennington—then a small girls school lacking not only the typical multiple schools or colleges, each headed by a dean, but according to Drucker’s wife, Doris, any dean at all. “It was too small,” she told me.

He became well-known as a business thinker and a consultant after he capped his authorship writing Concept of the Corporation. He was able to negotiate a tenured full professorship of management at New York University. This was pretty good for a professor coming from a small girl’s school in a different discipline with few, if any “research,” preferable quantitative articles in academic journals. He remained at New York University for 22 years, building a worldwide reputation and authoring a further ten books focused on management and business.

Although he was one of the first business authors to recognize the difference between marketing and sales, he wrote only one article for an academic research journal—The Journal of Marketing.

“This was not a strategy usually taken by academics, but in Drucker’s case it was successful”

Despite this, he became one of the most prolific authors for the Harvard Business Review (HBR)—which is not an academic research journal—writing article after article, so much so HBR published many of his articles in book form, collecting them by topic on the hottest issues of the day. He also wrote a weekly column in the Wall Street Journal for twenty years. This was not a strategy usually taken by academics, but in Drucker’s case it was successful.

Through his articles and books he became the most well-known management professor in the world. These two media are read less by academics and are sometimes not given the credit that they deserve by tenure and promotion committees at research universities. However, these two publications are read extensively by practitioners, and that was important to him.

Now well-known, Drucker left New York University for California. He was awarded a tenured position as a full professor at Claremont Graduate University, where a school now stands in his name.

Drucker’s Rules for the Way to the Top

“Go where the competition is not”

Drucker called the first rule “Hit’em where they Ain’t.” Cited following an old-time baseball player, “Wee Willie Keeler,” who made the Baseball Hall of Fame not by hitting home runs, but by his batting average which stands even today, eighty years later. His strategy was simple: hit the ball to parts of the field not well protected by opposing players either because the player was less skillful or had a habit of not fully covering a part of his assigned area on the baseball field. Every batter tried for fame by hitting the thrown pitch of a ball with his bat as hard as he could and trying for a home run. Wee Willie Keeler instead strived to hit the ball to areas of the outfield that were ill-protected. “Hit’em where they Ain’t,” it’s like the now famous “Blue Ocean Strategy.” Go where the competition is not.

2. Take the lessons from one industry and apply them to another

“The management of people is a marketing job”

According to Drucker, a major advance in any field or industry usually comes from someone bringing it from another field or industry. For example, in his book Management Challenges for the 21st Century he wrote “the management of people is a marketing job.” He did not mean only to incorporate the persuasion of a salesperson, he meant the whole of marketing including considerations of all marketing aspects that must be included in the management situation including marketing strategy and planning

“You need to be the one in charge of your career”

Drucker maintained that you need to be the one in charge of your career. This means that you look at the facts and do the analysis and you take responsibility for the decisions which you make. If you think you need additional training or education, don’t sit around and wait for someone else in your organization to make that decision. Take whatever action you think necessary.

Don’t take actions or various jobs solely because others have been successful that way. Think it through and make your own decisions. Drucker frequently attempted the impossible and achieved the extraordinary as an outcome.

“Innovate as you proceed on your journey”

Make your plans to be a change leader and innovate as you proceed on your journey. You must innovate. It is essential for your progress and like an organization that does not innovate, no matter how successful you are, you will ultimately fail if you do not.

5. Apply the concepts of marketing and sales to your career

Drucker devoted an entire course to a subject called “Marketing yourself to your Boss.” He was serious about this. I still recall him saying, first you agree with your boss on what your job is and if possible get it in writing, and then you discover how your boss prefers to communicate. Drucker said that all of us prefer to communicate in one of two ways: either in writing or verbally. He went on to say it was critically important to communicate with the boss in the way in which he or she prefers.

He did not recommend participating in office politics and even avoided faculty meetings almost entirely for this reason. If you want to emulate Drucker and have an interest in reaching the very top, consider how you might apply these rules in your own career. They can be followed by anyone who has the ambition and the willingness to go as far as they can in a profession.

*Adapted from the forthcoming book: Peter Drucker’s Way to the Top by William A. Cohen (LID, 2018)

Have any thoughts on this article that you'd like to share? Or any questions? Leave a comment below or get in touch with the Editor at stacy@pexnetwork.com.