What's on the mind of Chinese business executives?

China is a major trading partner with many countries and its marketing prowess continues to grow. I have been fortunate in that a number of my books on leadership and marketing have been translated into Chinese including both the traditional Chinese of Taiwan and the simplified or "people’s Chinese" of Beijing and Mainland China.

My book, Drucker on Marketing is currently being published in Beijing and my Chinese publisher surveyed a number of Chinese businessmen to provide questions for me to answer to help in their promotion of the book. After I finished answering it was sent off to Beijing. However, I thought to be a little different this month you might enjoy seeing what’s on the mind of Chinese executives about Drucker, and what would be my response.

What’s on his mind?

Chinese Businessmen: Marketing and sales are both extraordinary important functions in running an enterprise. The traditional view of their relationship is that sales are one arm of marketing and sales and marketing should complement each other. However, Drucker has written that not only are sales and marketing not complementary; but that they could actually be adversarial. Please explain this.

Me: Marketing is strategic and the object of marketing is to determine which products or services a firm will offer and which markets it will serve and who will be its customers so that the products or services under development are actually already desired by the customer even before they are even produced and offered to the prospect.

This is why Drucker said that if marketing were done perfectly, sales (selling, that is persuading the customer to buy) would be unnecessary. To go further however, marketing is strategic; sales tactical.

Extraordinary sales performance may mislead the company to investing more money in the wrong market or with the wrong product. Therefore marketing and sales are adversarial in these situations.

Chinese Businessmen: Drucker has said that any organization has only two basic functions: marketing and innovation. Traditional views in China are that these two functions should be independent. However you state in your book that innovation might be considered a major part of marketing. Please give your view as to how a manager should perceive the correlation between the two.

Me: Innovation is a major part of marketing because a successful new product, service, or an entire new business requires innovation to succeed. That is the process itself may acquire a major competitive advantage by being innovative. Moreover as a product progresses through its life cycle from introduction to decline, each phase requires innovation for continual success over changing environmental factors, including the actions of competition.

Since marketing involves developing a product desired by a specific market and customer, innovation is always a part of successful marketing. For example, the development of our new graduate school in California based on Drucker’s concepts, the California Institute of Advanced Marketing, has incorporated a number of innovations not accomplished by any other graduate school.

Some of these might be grades, based on demonstration of applied executive skills instead of written tests, graded consulting in order to put theory into practice in every course taken, and live guest speakers from leading universities such as Harvard, Yale, Princeton, Columbia, etc interacting live via Skype with students in the classroom, and doctorate-qualified teaching professors required to undergo initial qualifying and periodic training.

Chinese Businessmen: Drucker concluded in one of his books that the practice of leadership is "a marketing job". This concept deviates from traditional views by those who study or practice leadership or marketing or both. We rarely see academics who research leadership also research marketing and vice versa. Your background is in both fields and you do endorse Drucker’s assertion. Can you comment as to how Drucker came to this conclusion?

Me: I’m not sure how Drucker came upon it, so this is speculation on my part. Drucker had a deep interest in the military and I was able discuss both military strategy and leadership with him on a very professional level on several occasions.

To recognize this somewhat unexpected connection between leadership and marketing requires some knowledge of a profession which encompasses both disciplines. Although until Drucker’s assertion was published I did not give this very deep thought. I did recognize the connection between strategy in war and marketing, and I was not the first. General Robert E. Wood, CEO of Sears Roebuck during its period of greatest growth stated: "Business is like war in one respect. If its grand strategy proves correct, any number of tactical errors can be made and yet the enterprise proves successful."

Some think this means "Business is war," but this is not true. Business is not war. War not only requires the taking of life, but contrary to a business, a state of war only exists until its main objective of imposing its will so as to obtain a better condition of peace at least as seen by one side, is obtained. A business continues so long as it serves society. Its objectives, goals, and missions may change somewhat, but they are continuous and the business continues.

Regarding leadership, I concluded part of this when I observed that good leadership isn’t just giving orders, but is heavily dependent on various forms of persuasion, which is not only an important part of selling, but also in organizing and implementing marketing activities. Drucker went further when he saw that planning, both strategic planning and tactical planning are a critical part of marketing and that therefore leadership really is a "marketing job." But if leadership equals marketing, then marketing must also equal leadership and those who study one discipline will find valuable insights about the other.

The reason this is not seen by most specialists in each area is that their focus tends to be in one discipline or another to the exclusion of all else. Drucker had a deep interest and understanding of things military from his intense study of history and his search for lessons that he could learn from it. Being a West Point graduate, and eventually reaching general officer rank before I became an academic, gave both of us a deeper understanding of the commonalties between the two.

Chinese Businessmen: Drucker spent much time expressing the importance that managers shouldn’t look at marketing as merely a common functional task. Instead, it should be treated as one of most important tasks in locating the best opportunities and guiding operations in all business.

This thought has influenced Philip Kotler to re-position his traditional views on "4P" marketing strategy as only one part of overall strategic marketing thought. Can you address more on what are the strategic ascendance of marketing in Drucker’s philosophy and what factors should be brought into consideration in formulating marketing strategy?

Me: The 4 Ps are not strategic, although they are tactical and they sometimes blend into the strategic area. They haven’t gone away and I don’t think that Kotler re-positioned them so much as recognizing them as tactical and integrating them into his strategic thinking. They are necessary to support strategic tasks.

For example, Kotler’s niche marketing involves selecting a particular smaller market segment to serve and dominating that segment as opposed to trying to be "everything to everyone" and attempting to compete against all competition in any overall market.

I think Drucker recognized this independently of Kotler. I believe both geniuses were surprised when they met and found how much they were in agreement in their conclusions about strategic marketing thought. In point of fact, some of Kotler’s thinking also came from the military. In the mid-1980’s Kotler met Ravi Singh, a graduate of the Indian Military Academy and together they did an article promoting what was then termed "marketing warfare" and adapting various military maneuvers to marketing issues.

Drucker’s philosophy in revealing his thinking to practitioners was to tell more "what to do" than "how to do it." So his philosophy involves numerous ideas expressed to practitioners as what should be done. Probably the closest he came to implementing his ideas was to ask others, usually his consulting clients, to explain how they were going to implement his insights. He showed no mercy in refusing to tell anyone how to do their jobs.

I recall hearing of a distraught CEO pressing Drucker on how to handle a particular situation that was causing him anxiety. After politely declining to provide a solution based on his insights, Drucker finally exclaimed: "Okay, so you are in trouble. What are you going to do about it!"

So I can summarize what Drucker would have said about implementation his ideas as recommending that marketing managers take his basic concepts and adapt them to their particular situations. 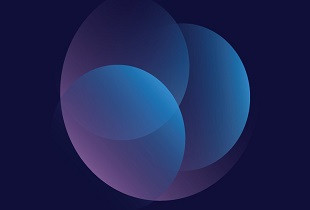