The joy of making miskates 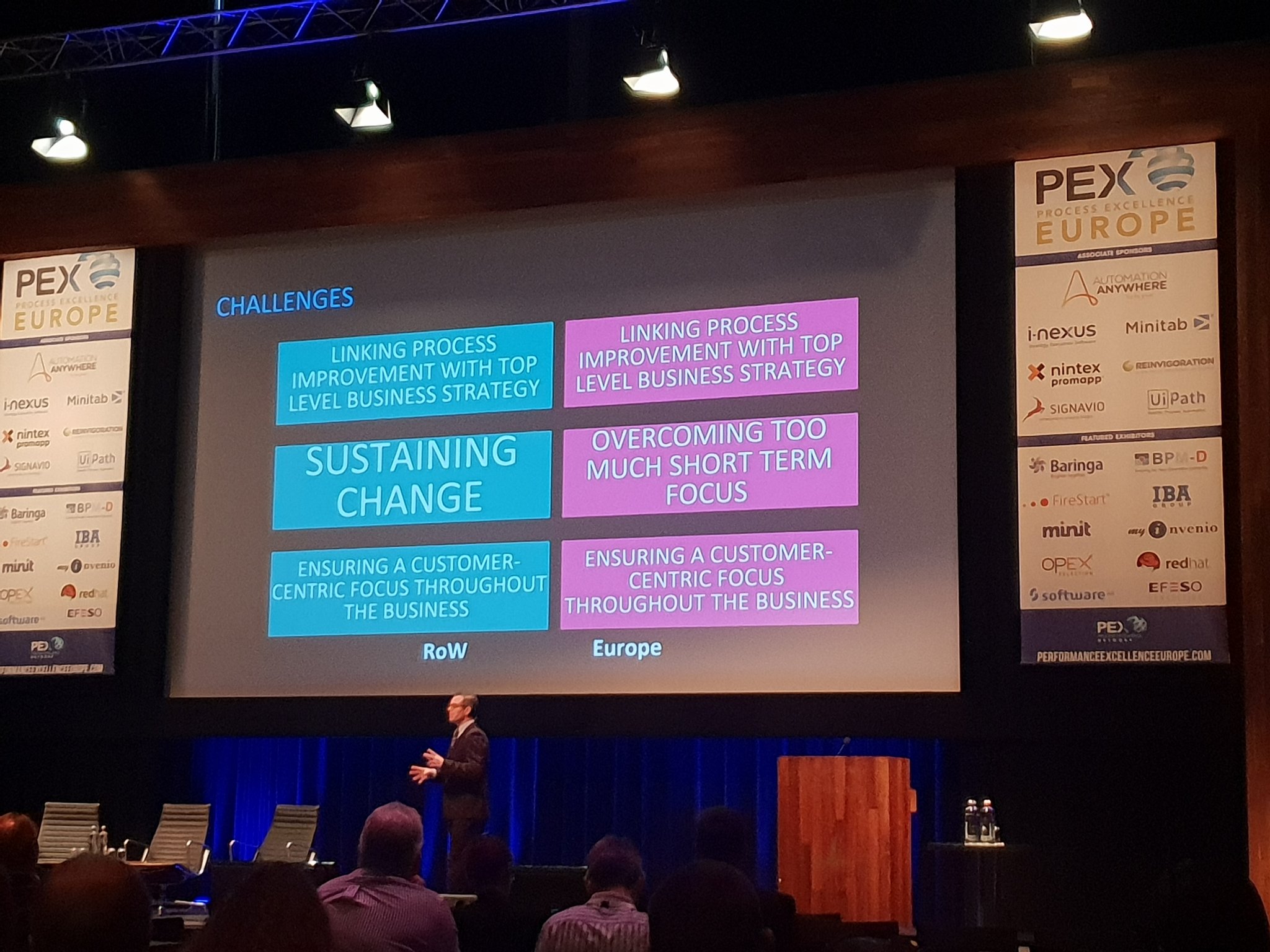 After yesterday’s talk of Process Excellence and Continuous Improvement, it was pretty straightforward for PEX Editor Ian Hawkins to talk about the PEX Report and how Europe differs from the rest of the world when it comes to the issues they find challenging.

Top of the pile for Europe is ‘overcoming short-term focus’ and while the rest of the world has few problems will skills shortages, Europe - according to the study - finds budgetary restraints among their least pressing problems. ‘I can see that’s come as news to some of you,’ Ian noted as the results rolled in.

Ian finished the session with a personal story about why continuous improvement is vitally important, how success can be snatched from the ashes of failure and why innovators must make (and learn from) mistakes. Whether you’re running a business or a marathon, the principles of continuous improvement remain the same. 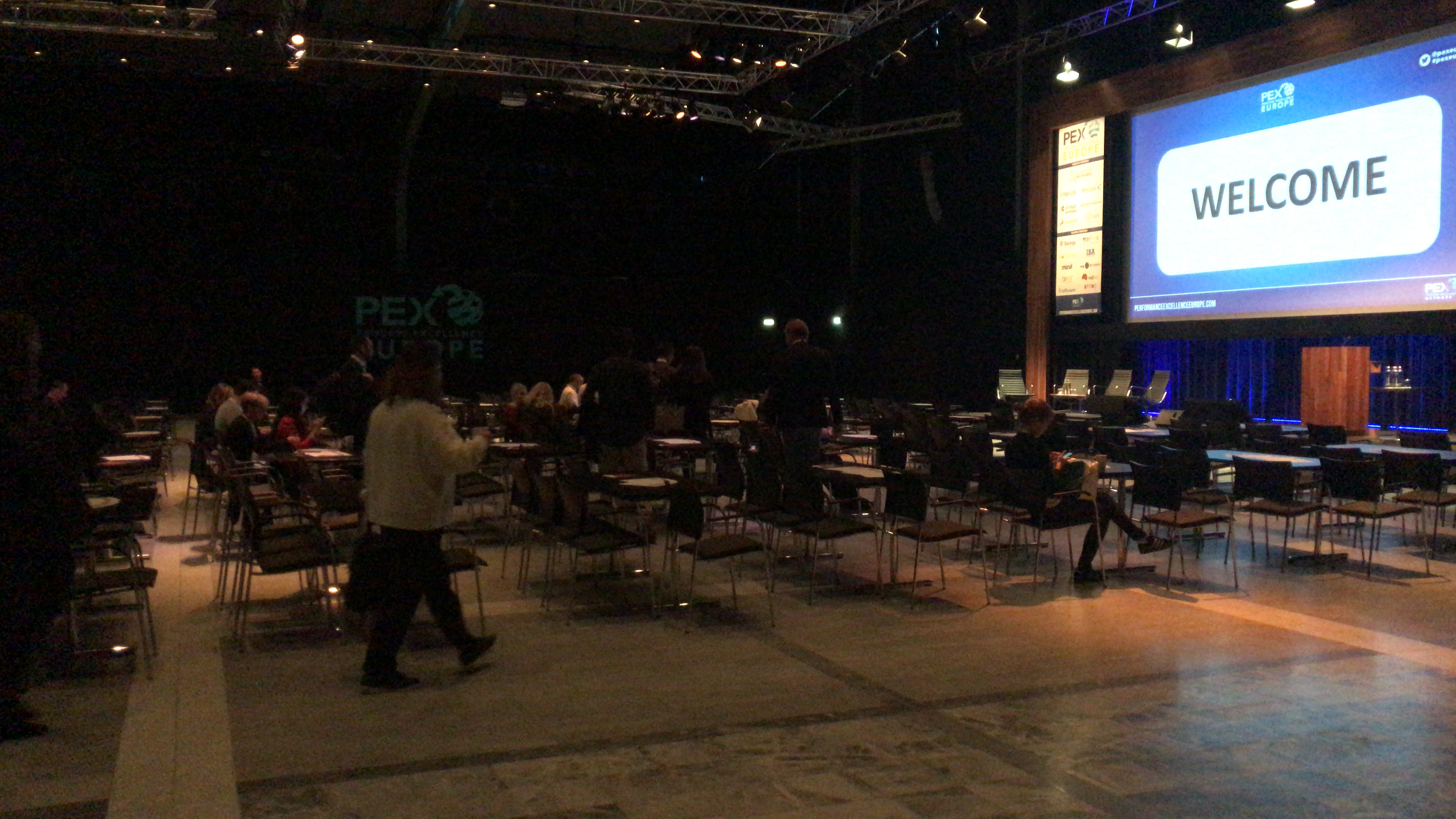 Ian was back to quiz the delegates on some of the businesses represented on the stage earlier in the conference: did you know that Amazon has banned PowerPoint and that Veolia was founded by decree of Napoleon III?

As a tie-breaker question, delegates had to guess how many footsteps Ian took at the previous day’s conference according to his inaccurate (but tax deductible) Apple Watch. The winning response was 10,000 steps short of the true number - which shows how much running around goes on backstage...

Here's Ian, chatting to some of the speakers, vendors and atendees at the conference.