A Sense of Control 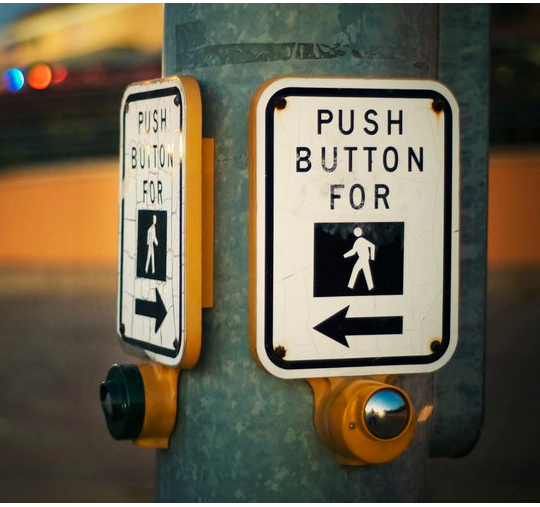 Hop in the time machine with me if you will and let’s return briefly to 1982. In that year, two consultants out of McKinsey—Tom Peters and Bob Waterman—published what would become a business best-seller entitled In Search of Excellence. The effect that the book had on people’s interest in quality and excellence at the time was akin to throwing gasoline on a fire. It seemed everyone wanted to hear more about quality practices at the time. Buried in a nondescript corner of the book (if books have corners) was discussion of an experiment by an industrial psychologist. He took two groups of people and had them solve complex puzzles and do proofreading. In the background was playing a grating audiotape including two people speaking Armenian, one person speaking Spanish, street noise, copiers and typewriters clacking away (this was the early '80s). The only difference—one group had a button they could push that would mute the tape. Not surprisingly, the button-pushers solved five times more puzzles and had a quarter of the proofreading errors as the non-button group. However—at no time during the experiment did any of the button-pushers choose to push his or her button! Merely the perceived control over one’s destiny had massively profound impact on the results.

Should We Be Pushing Buttons?

Nice experiment but so what? We live in real life. Let’s hop forward to the late 1980s to some very real life in an old, unionized auto assembly plant in Edison, NJ. Management took the whole multi-thousand employee facility and tried their own experiment for a year. Every single person on the line was given a button which would shut down the entire factory. Unlike the lab experiment, these guys pushed their buttons. Twenty to 30 times daily a button was pushed. The average down time was about 10 seconds per push, which amounted to around four or five minutes total downtime—something they could and did live with. As they tallied their results they were surprised. At the end of the year, productivity was flat—not at all what they anticipated. There were, however, some interesting side effects: The number of defects per car dropped from 17.1/car to 0.8/car; the number of finished autos requiring rework dropped by 97 percent; the average number of union grievances on file dropped from 250 to 7. Should we all run out and buy buttons?

Fostering Employees’ Sense of Involvement and Control over Their Environment

In Six Sigma process change there’s a world of difference between having something done to you versus with you. I share these examples not to promote button-pushing but to encourage us to focus on how we can work into our Six Sigma project approaches and process designs ways to allow people to have a sense of involvement and control over their environment.

We return now to 2010 with some points to ponder:

This is as big an issue today as it was a quarter-century ago, perhaps even more so in these volatile times. Thanks for joining in this brief temporal journey. If you have a success story involving user control or involvement please share it in the notes feature below or email me.