Reluctant leaders, vocal laggards and silent saboteurs are just a few of the types of people who can throw a monkey wrench into your process improvement projects if you don’t consider the human side of processes right from the start. So how can you recognize them and what can you do if you have a silent saboteur on the loose?

In this Process Perspectives program, Sheryl-Ann Carscadden, Director of Services, and Jerry Richardson, Partner, both of Calgary-based consulting firm Ethier, discuss ways of dealing with these types of behaviours and why it's so important to factor the "people element" into your projects.

Editor's note: This is a transcript of a podcast recorded on site at PEX Network's Operational Excellence in Oil and Gas conference. It has been edited for readability - to listen to the original podcast click here.

PEX Network: Jerry, I’ll come to you first for a very big question: why are human factors so important in process improvement?

Jerry Richardson: At the end of the day, despite your strategies, objectives, systems and processes, it’s people who carry out the activities and things that we want them to do. So we can have the best systems and processes, but at the end of the day we need to have people who want to do the activities the way we want them to do them. The more they feel that’s part of what they want to do, the more likely we’re going to be able to get the results we’re looking for.

PEX Network: There are some very specific "people challenges" in the oil and gas industry. Sheryl-Ann, could you, perhaps, talk us through what some of those challenges are and how they are affecting the industry?

Sheryl-Ann Carscadden: We’re seeing a lot more movement of talent around the globe. We’re seeing some of the markets opening up in India and China that are really competing for the resources.

We also have shortages in other areas that require a certain type of skill; not just the number of people but the people with certain skill sets. As a result of that, we have a lot more movement from organization to organization and we don’t always see lifelong employees; you have talent exiting organizations.

We have seen an increase in the number of projects worldwide, not just in the emerging markets, but overall capital projects and the type of projects, the complexity of projects is really putting the system under pressure.

At the same time, we have more scrutiny than ever. Regardless of the jurisdiction that you’re in, you’re likely seeing a push from your stakeholders, whether it’s the environmentalists, whether it is legal, whether it is the requirement to keep assets safe.

You take those factors - the number of projects and the scrutiny - and combine that with we have more to do with fewer amount of people than we’ve ever had and it’s pushing the companies in oil and gas to consider risk and cost more so than, necessarily, production or schedule. So, the dynamics are really changing.

PEX Network: Taking it back to process improvement and people - Sheryl-Ann, you spoke yesterday about the different kinds of people who can undermine process improvement efforts in organizations. Can you take me through what those are and what you call them?

Sheryl-Ann Carscadden: There are all kinds of different archetypes. However, there are certain ones that might be visible to more people than others. The first one is the reluctant leader: the person who is meant to be in charge, who is supposed to lead the effort, but, for whatever reason may be reluctant at taking that visible role.

The second one is the vocal laggard and this is a person who is very vocal about perhaps not wanting the change, doesn’t understand the change and the good thing is, very active, very vocal but may not be vocal in the ways that we want.

And the last one and maybe the most difficult to identify is the silent saboteur. This person might sit in a meeting and nod his or her head and be in agreement. Then, all of a sudden, the meeting ends and everything changes. Those would be three types of behaviors that we see in a large operational excellence initiative or any type of change.

PEX Network: How do you recognize whether you’ve got a silent saboteur or a reluctant leader in your midst?

Jerry Richardson: Well, obviously, the ones that are the silent saboteurs are a little harder to identify and sometimes that’s just talking with other people involved in the initiative and sussing out the behavior. Sometimes people say one thing in a meeting and then you follow up with their colleagues and say, well, what do you think of the overall view?

So, I think, you need to do your homework in getting out and talking to people. Very much, we see organizations or people rely on an email or very passive forms of communication and believing that they’ve dealt with the communications issues and the reality is you need to go and talk to people.

In almost anything you look at, the leadership needs to be visible and committed and supportive of the initiative. When you have a reluctant leader you need to have more of a one-on-one conversation with them to understand the reason for their reluctance. Is it a public speaking piece? Is it that they have problems with the approach or the benefits? If you want to be successful, you need to understand what the reluctance is and get those addressed or you will likely not have a successful initiative.

PEX Network: And the other one, I can’t remember—the outspoken guy…?

Sheryl-Ann Carscadden: The vocal laggard. There are lots of different names for this type of behavior.

When dealing with a vocal laggard you need to address the behaviour very quickly. Often a one-on-one, off-site approach will work to understand what is driving the the behavior. Have they had a bad experience with a project in the past that failed? Are they afraid? Fear is quite a big driver of people being willing to put themselves out there against something. Or is it that they simply don’t understand why things have to be so different?

There are a number of possible drivers in behind it. However, if the behavior cannot be curtailed, then actions have to be taken.

PEX Network: you have any other advice on dealing with some of these types of behaviors that might come up on your projects? And I imagine too, you’re probably dealing with more than one and a continuum, as well, of the behaviors. How do you deal with all these variables?

This is especially important when you’re operating remotely or operating across multiple groups or dealing with people that perhaps you’ve never worked with before. You need to try to understand what it is that is driving their behavior.

However, once you’ve listened – and because this is such an environment of get it done and the time frames are very tight and the expectations are very high and it’s a very demanding industry - then assessments need to be made and decisions need to be made so that you don’t have this aerodynamic drag on an excellent policy, an excellent plan or program that has good governance but you just can’t get the people on side.

So I would recommend a couple things: going to where those folks are, speaking to them directly, taking people off site, and going to the go-to person.

Jerry Richardson: I agree completely with everything Sheryl-Ann has said. I think, also, that you need to put yourself in a place so you can listen. That could be different vehicles such as, as Sheryl-Ann mentioned, going to the place where they’re meeting. So it could be surveys, it could be just going out to the work sites and talking with people; not just talking with the stakeholders, but the people who are the customers of the processes or stakeholders and getting their perspectives so you do get a stronger view of who really is supportive and more importantly why they are not supportive so you can understand. Is it apathy? Is it resistance? What can you do to get them engaged?

A Practical Example of OMS Implementation: Coms – The Cenovus Story
2015-03-24
By Tim Haider 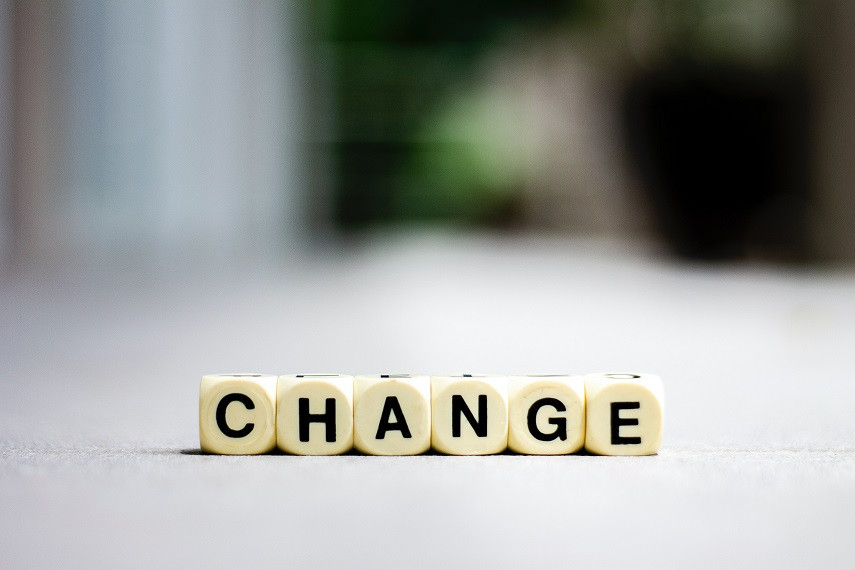 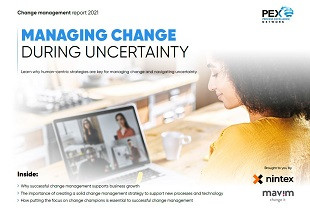 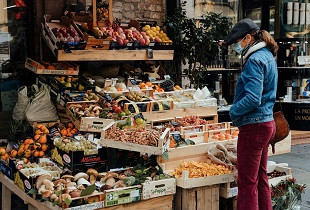 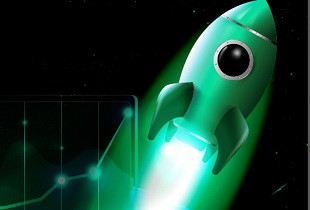 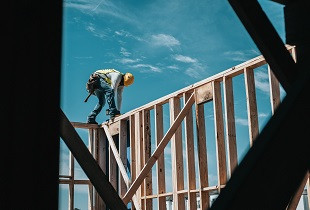 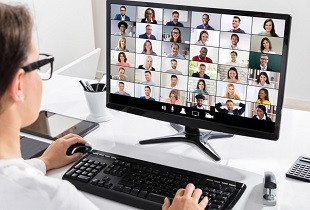 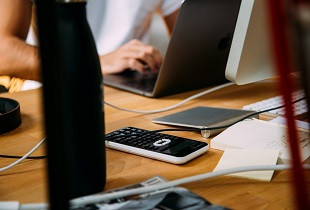 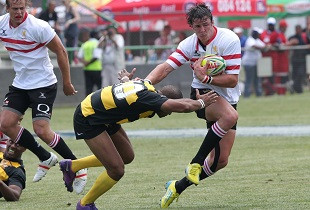 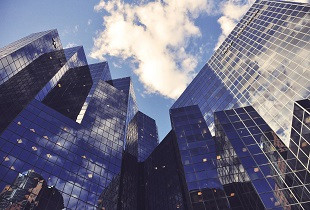 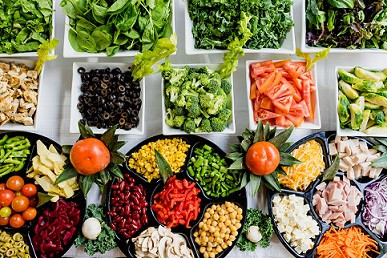 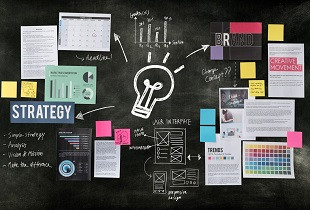 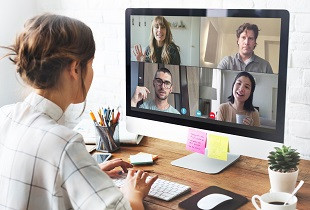 A Practical Example of OMS Implementation: Coms – The Cenovus Story
2015-03-24
By Tim Haider