Time to Put People at the Center of Process Excellence 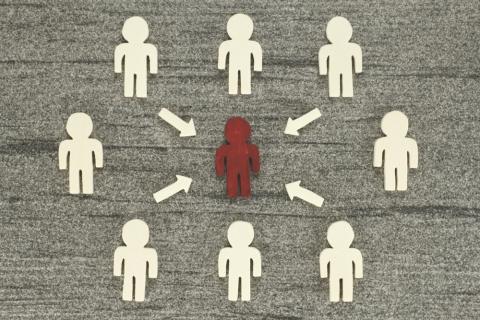 Process excellence initiatives have long focused on driving operational efficiency, improving quality and reducing costs. But, many in the industry, acknowledge that merely focusing on the technical side of improving processes won’t drive desired results.

“People have moved beyond trying to solve everything with a checklist and a process chart,” says Marc Kohler, Head of Value Stream Strategy at telecommunications provider Swisscom. “We have realized that while all these tools are nice and required, we really need to start with the people.”

In this interview, Kohler, who was a recent attendee at PEX Week USA, describes why engaging people is critical to process excellence success and where he sees the industry heading.

PEX Network: Why did you decide to attend PEX Week USA earlier this year?

Marc Kohler: We got a personal invitation, which was passed to our department. I decided to have a look at it and the topics seemed relevant to what we're doing in the area of Lean.

We have a central team here that develops the Lean methodology and sets the framework.  Then we continuously educate people in Lean basics and run projects with them in their individual departments. We guide them with regards to project selection and set-up of these projects. That’s why I thought the topics of PEX Week fit in nicely with what we are doing and I was not disappointed.

PEX Network: Was it the sessions on leadership and people, then, that most attracted you to the event?

Marc Kohler: Yes. I wouldn't have attended if I would have thought it was all about process modelling and other tools.  I really liked the focus on leadership, culture and the mix between these individual topics was really reflected well in the agenda.

PEX Network: What were your key takeaways from the conference?

Marc Kohler: I found the evolution of Process Excellence - seeing how far members of the community have already come with regards to putting people right at the center and culture and cultural change at the core of these efforts – to be very interesting. People have moved beyond trying to solve everything with a checklist and a process chart. We  have realized that while all these tools are nice and required, we really need to start with the people. We need to take a systematic approach if we want to implement Lean management or operational excellence and that all of these efforts are transformations and cultural programs, basically.

I was also happy to meet some other guys from telecommunications. I think our industry is not really famous for setting the benchmark in Lean or operational excellence so it was refreshing to meet other people from the same industry and to see some really good approaches.

PEX Network:  Relating this to what you're doing, how do some of those challenges apply to your current business challenges?

Marc Kohler: People challenges are absolutely at the center.  We are a comparably small central team - relative to the number of employees - that's in charge of Lean management.

So we rely heavily on motivating people, especially the executives. We need to gain their support and rely on them to go the extra mile because they see a benefit with Lean, with operational excellence and understand that it will help them with their own issues.

That’s important, because we don’t want people to perceive operational excellence as something that comes on top of their daily role; something that they have to do in addition to all the goals. Instead, operational excellence needs to supports their goals. That's really key for us. We really have to convince people - especially the management team - of these benefits.

It’s useful to show positive benchmarks as part of this process.  That also was really a big gain from the PEX event. We got some really good benchmarks and some direct inspiration from other companies, especially, as I said earlier, from other Telco companies.

PEX Network: My final question is, as someone who's working in the process excellence and transformation space, where do you think the profession is heading or needs to head next?

Marc Kohler: I think we are at a point where we really have to show how we work together with a lot of other initiatives that are running in the company.  I see it especially in our company but I don't think it would be something that's only at Swisscom.  I would guess other companies have the same challenge. We have thousands of initiatives running at the same time; for employees sometimes it gets a little hard to distinguish what the additional benefit of this program or that initiative is. So you really have to convince staff of the benefits of operational excellence and Lean.

What we need to achieve in this respect is not to be seen as an additional initiative but as part of the daily job.  We have to become part of the company's system itself, the way companies like Toyota, for example, have established it so that people don't ask the question, “why do we need this or why do we need that in addition to our daily job?”

At companies that really have mastered this, it doesn't really matter if someone in the management changes or if you open a new plant.  It has just become part of the established culture and not everyday work life.  That's, I think, the next step that a lot of the companies that are active in this area would like to reach.