What are the key challenges facing process professionals in oil and gas? In this PEX Network interview, Mark Little, Vice President of Business Excellence at Canada’s Cenovus Energy and recent chairman at PEX Network's Operational Excellence in Oil and Gas event talks about the common challenges the industry faces and why operational excellence is becoming more critical to oil and gas companies.

Editor's note: this is a transcript of a recent interview. To listen to the original podcast, click here.

Mark Little: I think one of the main themes that emerged during the conference and, indeed, was put forward as an initial hypothetical model was that particularly in Alberta and Calgary - but perhaps more broadly across the Canadian oil and gas industry - is that we are seeing a move from a construction growth phase, which has predominated through the last ten–15 years, particularly in situ and perhaps less so in mining.

What that meant was that the industry was focused on net asset value, net present value, and growing things as fast as possible. What we’re seeing is that, therefore, didn’t set us up for success, in terms of reliability, availability and sustainability but it did bring new volumes to market.

What we’re seeing now in the industry is moving through that manufacturing phase; many companies, particularly in shale gas and light tight oil are working on manufacturing drilling operations. We’re seeing a lot of modularization occurring, particularly in the SAGD and the steam space and we’re, actually, now beginning to see companies focus far more on what we would call operational excellence. So, looking at how do you sustain a 96/97/98% reliability; how are you keeping the plants full?

That, for me, is the biggest challenge and the reason it’s such a big challenge is that it’s not only about the way that you operate the facilities, it’s fundamentally challenging us on our culture, on the skills required, and on the level of integration.

Previously, for example, there was a concentration, on generalists and now we’re moving to specialists. Where was an entrepreneurial flavor in the front end in particular and now it’s [unclear] to really move into, well, how do you think more from a margins perspective?

Capital isn’t king any longer; operating expense is king. So we’re getting that transfer - specifically for us in OE, the CI or continuous improvement - and the business improvement processes and tools are becoming far more fundamental to the way that we need to work.

PEX Network: So you get the sense that oil and gas companies really are paying a lot more attention to operational excellence than they were, say, five/ten years ago?

Mark Little: Absolutely and they’ve had to do that. We’re seeing tightening margins. We’ve moved away from the land grab phase. We’re seeing more competition, significantly increased cost pressures in all the companies.

The light, heavy differentials, particularly in the heavy oil are widening and so, accordingly, we’re not getting as much money for our bitumen products as we are in other more competitive environments. Access to transport, whether that be through rail or pipelines is increasingly difficult and, thus, we’re going further, not leveraging for the full value of our product.

All of this is meaning that that maturity from growing into sustaining or operating phase is becoming more important and that on top of that we’ve got the competition from shale gas and light tight oils in our main export market, which is the US. So, we’re having to pay a lot more focus on operational excellence and, actually, more structure, more standardization and more rigor in the way that we do things.

PEX Network: What were your key takeaways from the conference?

Mark Little: For me, personally, I felt that one of the key things that I saw is that many companies are still focusing on the tools and the methodologies. We saw some companies focus specifically on how is continuous improvement being deployed? I don’t think that is going to be the successful approach that needs to be taken as we get into this more competitive market. I think, a more balanced portfolio and particularly the companies that are integrating and partnering with HR, IT, but equally also putting in the structure of a management system are far more likely to win because they’re going to be able to really reinforce the sustainability.

It made me wonder whether, indeed, for our type of business archetype, some of the considerations around bottom-up groundswells are really the way to go.

We saw several cases, which were presented, that when you have top-down leadership and a very strong leader or champion for the program, you are far more likely to have successful implementation of the program and that then combined with a mixture of the other integration points, whether it be people or IT or management systems and that structure for sustainability, that seemed to have a lot higher success.

PEX Network: That’s interesting because that’s often the reverse notion that you hear, particularly with change management is the idea that you have to engage everyone from the front lines on up and it’s a real bottom-up effort. Why do you think that strong top-down leadership makes such a big difference?

Mark Little: I totally agree with you. We do typically talk about, you get far more sustainability if you get bottom-up. I wonder though, and I’m hypothesizing here, whether it’s something to do with maturity. So, you start off with top-down to be able to get that initial momentum and kick-start and those early quick wins. And then, indeed, you perhaps then transform that into a bottom-up swell.

The other key hypothesis that I have is there are four or five different business archetypes that exist out there; whether you’re technology-focused, whether you’re knowledge management or whether you’re execution-focused and you could argue that we’re, potentially, the execution-focused group of those business companies and perhaps the change management lever to be pulled in that type of business archetype is different from one that you would produce in a different type of business. Maybe we’ve generalized the change management approach across all industries without, actually, differentiating between the different types of companies. So there’s a hypothesis for you. 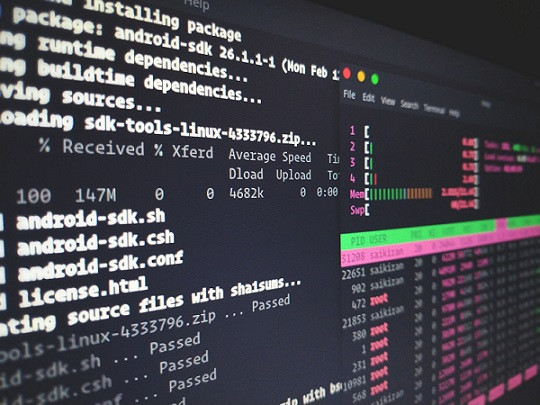 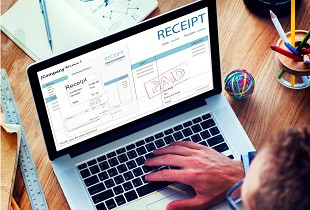