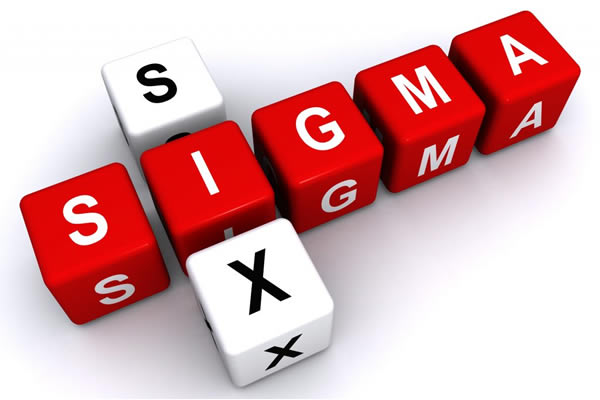 In 2009, Unison Industries, a worldwide provider of electrical and mechanical aviation components and systems, had a problem common to many manufacturers: an excess amount of inventory. Contributor Melissa Connolly describes how Six Sigma helped to get the excess inventory under control.

Many manufacturing businesses utilize Enterprise Requirement Planning (ERP) systems to manage supply and demand management of raw materials, work in progress (WIP), and finished goods. Unison Industries (UI), a worldwide provider of electrical and mechanical aviation components and systems (their products can be found in trainer planes, jumbo jets, and even spacecraft) was no exception to this.

Early in 2007, UI transitioned to a new ERP system called ORACLE. Shortly following the transition to ORACLE, the company found that it had amassed a significant amount of excess inventory.

In January of 2009, a vast quantity of UI inventory was pegged to excess, constraining working capital, resources, and capacity. Excess inventory per category was 20% production (which supports products already in production) and 65% engineering (which supports the development of new products). The 65% of excess engineering inventory had a dollar value that equated to approximately 20% of the company’s 2009 engineering budget.

Because of the seriousness of excess inventory, the company’s executive team took immediate action. Two teams were formed to rein in the excess inventory and prevent future excess growth. The first team focused on the production inventory and the second on the engineering inventory. Within each of the two teams, responsibilities were assigned in the areas of excess growth and on hand inventory burn down. At the time I was the company’s Six Sigma MBB, and was assigned responsibility to stop the growth of excess engineering inventory.

Population for this research project consisted of data from UI’s ERP system, specifically related to the inventory management modules. Sampling consisted of all incoming P.O. receipts meeting the following criteria: received from January 31, 2009 to July 31, 2009; designated as engineering inventory and flagged as excess inventory. Data was gathered by running an ORACLE report that extracted data from UI’s ERP system. This data extract was then exported into EXCEL and analyzed.

The measurement instrument was verified with a Gage R&R test. An ORACLE report of incoming engineering P.O. receipts was run, exported into EXCEL, and a subset of 30 data lines selected. These 30 lines were provided to two project BBs. Each BB served as an independent inspector, reviewing the data lines and recording a status of excess or not excess in a Gage R&R template. This process was repeated two times and the results recorded as seen in Figure 1. An Attribute Gage R&R score of 100% was achieved. This score exceeded the 90% threshold, thus enabling the research to proceed with the selected measurement instrument.

Figure 1. Attribute Gage R & R Effectiveness.
After the measurement instrument was validated, numerical data was collected from UI’s ERP system to quantify the project’s base-lined process capability. Analysis of received engineering P.O.s from January 31, 2009 to February 28, 2009 was completed. This analysis showed a month on month increase in excess engineering inventory of approximately $200,000. The majority of the excess growth, over 40%, was due to received P.O.s. Figure 2, illustrates the excess growth trend.

Figure 2. Base-lined Excess Inventory Growth Trend.
Next, a statistically based EXCEL short form was utilized to calculate a base-lined capability score. Because received P.O.s were the main driver for excess growth, a received P.O. with destination engineering was selected to be the unit of measure. Total units for the January 31st – February 28th time period equaled 102,716. A defective unit was defined as a unit flagged by the ERP system as excess. Total defects for the data sample was 81,058. Utilizing these parameters the short form calculated a 79% defect rate, which equated to a short-term capability score of 1.156. Figure 3 is a screenshot of both the short form utilized and the resulting score.

Figure 3. Base-lined Capability Score.
Following determination of the base-lined capability, the BB team began root cause analysis to identify the underlying causes for excess inventory growth. The team leveraged experts from UI’s supply chain team, along with ERP system experts to populate the fishbone template in Figure 4 below. Items selected on the fishbone as critical, significant drivers of excess, were broken out into the following Sub-Y’s: P.O.s, Internal Sales Orders, WIP, Finished Goods, Raw Material, and Obsolete. Each of the Sub-Y’s was then executed to completion as an individual Six Sigma DMAIC project.

Figure 4. Completed Fishbone Template.
After all related DMAIC projects were evaluated by UI’s MBB and categorized as completed, numerical data was collected from UI’s ERP system to quantify the project’s new base-lined process capability. Analysis of received engineering P.O.s from May 31, 2009 to June 30, 2009 was completed. This analysis showed a 99% decrease in excess engineering inventory growth as captured in Figure 5 below.

Figure 5. Post Excess Inventory Growth Trend.
Again, a statistically based EXCEL short form was utilized to calculate the new base-lined capability score. The same unit and defects were utilized as in the base-lined analysis. A received P.O. with destination engineering was selected to be the unit of measure. Total units for the May 31st – June 30th time period equaled 4,907. Total defects for the data sample was 1,285. Utilizing these parameters the short form calculated a 26% defect rate, which equated to a short-term capability score of 2.138. Figure 6 is a screenshot of both the short form utilized and the resulting post score.

Figure 6. Post Capability Score.
Following project completion, a Chi square test of significance was conducted to test whether Six Sigma methodology had resulted in a statistically significant reduction in UI’s excess engineering inventory growth. The test was run with the level of significance set to 0.05 for the following two data sets: (a) base-lined excess growth due to P.O.s at project launch and (b) excess growth due to P.O.s following all project improvements. Table 1 displays the detailed results of the Chi Square analysis. Since the p-value was < 0.05, it was concluded that Six Sigma had made a significant impact on reducing excess inventory.
Chi Square Analysis

There are four key findings of this research project that can be leveraged to any manufacturing business. First, the Six Sigma methodology can be rapidly deployed to identify root causes, develop corrective actions, and provide sustained improvements for business critical issues, such as excess inventory growth. Secondly, inventory accuracy within an ERP system is paramount. An ERP system is a powerful tool that can ensure on time delivery and low carrying cost. However, when inventory inaccuracies exist the ERP system becomes a dangerous weapon that will drive excess inventory.

Next, having the right business metrics is a key cornerstone to a successful inventory management program. Metrics that focus on only a portion of an end-to-end process can drive narrowly focused behaviors. Such behaviors propagate unhealthy business practices that have a detrimental affect on overall business performance. Lastly, the Six Sigma methodology can be rapidly deployed to identify root causes, develop corrective actions, and provide sustained improvements for business critical issues, such as excess inventory growth.