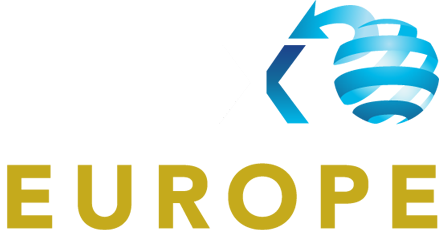 Why OPEX and Business Functions Need to Unite to Achieve Transformation

Operational Excellence is not Something New

In the lead up to the 4th annual OPEX and Business Transformation Europe summit, the official event blog will become home to some of the industry's most informed and influential voices. In this blog post, Operational Excellence Society founder Joseph F. Paris Jr. argues that these concepts aren't as “new” as some would have you believe.

There is a lot of content created around Operational Excellence and its companion disciplines – including; Leadership, Lean, Six-Sigma, Theory of Constraints, Project Management, and so on – which together comprise Operational Excellence (including the content produced by myself). But are all these concepts as “new” as some would have you believe? Have they never been embraced or implemented in the past?

The date is January 22nd, 1930. The place is mid-town Manhattan. Right in the centre of the lower portion of Manhattan Island.  One of the most densely populated areas in the country at the time.

It is in the early days of the Great Depression, and one of the most ambitious builds in modern history has started with the first shovel-full of dirt being dug from the ground – the Empire State Building. At the time, and for some time afterwards, it will be the tallest building in the world.

And the ribbon cutting ceremony took place on May 1st, 1931.

If you consider the logistics, infrastructure, and circumstances surrounding the construction, it truly was an awesome feat. The Empire State Building consumed 57,000 tons of steel, which came from American Bridge (US Steel) in Pittsburgh (400 miles away) and also Bethlehem Steel (100 miles away). It also consumed 200,000 cubic feet of Indiana Limestone (800 miles away). All of this material had to be transported by steam locomotive or ship, as there were no highways at the time. The material was stored and staged in New Jersey. Since the job site was the middle of Manhattan and there was no place to store a lot of material; every day, only that days’ worth of material was transported from New Jersey to the construction site.

On any given day, there were 3,500 workers at the job site. These many workers were required because the construction equipment available at the time was primitive and much of the construction was performed manually. To increase efficiency of the workforce, commissaries were built every few floors so the workers didn’t have to waste a lot of time walking someplace to take a break or to have lunch.

Certainly, health and safety were important to the workers and to the companies involved; but everyone lacked the experience (and imagination) as to the risks and the hazards. Also there was a lot of macho bravado among the workers which amplified the shunning of safety measures – and there was no Occupational Safety and Health Administration (OSHA) until President Richard Nixon would sign it into law on December 29th 1970.  Even so, there were only five deaths on the construction site (with one person being hit by a truck). Tragic, yes. But amazing given the circumstances.

Compare this with the construction of the Freedom Tower that replaced the World Trade Centre. After all the legal and financial hurdles were overcome, construction started on June 23rd, 2006 with the excavation of the foundation.  It finally opened on November 3rd, 2014 – a full 2,690 days to complete – with 3,501,274sf of floor space and 1,268ft to the top floor.There are seventy-five years between the projects, the floor space of the Freedom Tower was only one-and-a-half times that of the Empire State Building, and it took almost six times as long to build.

Maybe Operational Excellence is not so modern a concept as some would have you believe. Certainly, its origin predates Toyota and the Toyota Production System and all the other gurus who have dreamt-up and encapsulated the various methodologies over the past few decades.  So what might be the real differentiator between all of these methods and tools and Operational Excellence and becoming a High-Performance Organization?

I would offer two suggestions:

Clarity of Purpose: Whenever the human endeavour has achieved greatness, the objectives have been crystal clear throughout the entire organization. Everyone knew what the goal was. The people saw the work and the work saw the people. And it is no coincidence that with clarity comes simplicity – complexity kills.

Minimizing and Stabilizing Priorities: If everything is a priority, then nothing is a priority – it is important to know what is important. Don’t spread your efforts more thinly than you can engage with efficiency and effectiveness.  Set the priorities early and rally your resources accordingly. Once the priorities are set, resist shifting them. Sure, you need to have the flexibility to re-prioritize as changes in circumstances might dictate, but make sure to set the bar for re-prioritization is set very high – for instance; because there are real threats to the successful realization of the goal, or perhaps because there are threats that would render meaningless the realization of the goal.

These two leadership traits – combined with a mastering of the methodologies and tools in support of strategy execution – will more likely than not lead to their existing Operational Excellence in your processes and systems, creating a State of Readiness across your value-chain, and offering the opportunity for your company to become the High-Performance Organization.