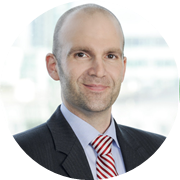 Tom Petzke started his career in the Chemical Industry in Credit Management. This is where he discovered his passion for process improvement, so joined the company’s Lean Six Sigma program and later worked as a Lean Six Sigma Black Belt Finance and Black Belt Supply Chain. After that he returned back to Finance to work as a Global Credit Manager.

Initially joining a chemical distribution company as Finance Director, he was later tasked with introducing process improvement by establishing a Lean Six Sigma organization with a certification process as well as training & coaching of belts.

He has held various management positions including a General Manager assignment in the U.S., but at the end of the day it always drew him back to process improvement.

Today he is a Certified Lean Six Sigma Master Black Belt and works at Amadeus IT Group as Head of Process Excellence and Continuous Improvement. During the last three years his two main areas of focus have been leading a cultural change management program based on Lean principles and establishing best in class IT processes in the organization through Lean Six Sigma projects.

Check out the incredible speaker line-up to see who will be joining Tom.