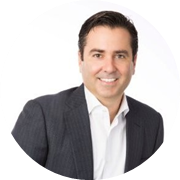 Jose Tolosa is the Chief Transformation Officer of Viacom, a position he assumed in November 2017. In this role, Mr. Tolosa guides the company’s transformation agenda, overseeing a team responsible for developing and executing initiatives to support and accelerate the evolution of Viacom’s media business and grow its consumer products, recreation and events businesses. He reports directly to Viacom President and CEO Bob Bakish.

Mr. Tolosa previously served as Chief Operating Officer of Viacom International Media Networks since 2015, leading the company’s international growth strategy to extend its pay-TV footprint in key markets and increase opportunities for consumers to access VIMN content across multiple viewing platforms. In addition to his role as COO, Mr. Tolosa was Executive Vice President of Global Strategy at Viacom Media Networks, heading a group of divisional strategy heads in crafting and executing a unified global strategic path for all of Viacom’s teen- and adult-oriented brands.

Prior to his positions as COO and EVP of Global Strategy, Mr. Tolosa served as the Executive Vice President of Strategy, Business Development and Operations for VIMN from 2013, and Senior Vice President of Strategy and Business Development from 2009. During that time, he worked with VIMN’s management teams to implement business plans, identify new growth opportunities, oversee key M&A transactions and deliver important operational improvement opportunities.

In his ten-year career at Viacom, Mr. Tolosa has also acted in a number of pan-regional business development and strategy responsibilities in Latin America, Japan and India. Before joining Viacom, he was co-founder and COO at the HNMA Funding Company and held roles at The Parthenon Group, Bear Stearns and Co. and Claxson Interactive Group.

Check out the incredible speaker line-up to see who will be joining Jose.