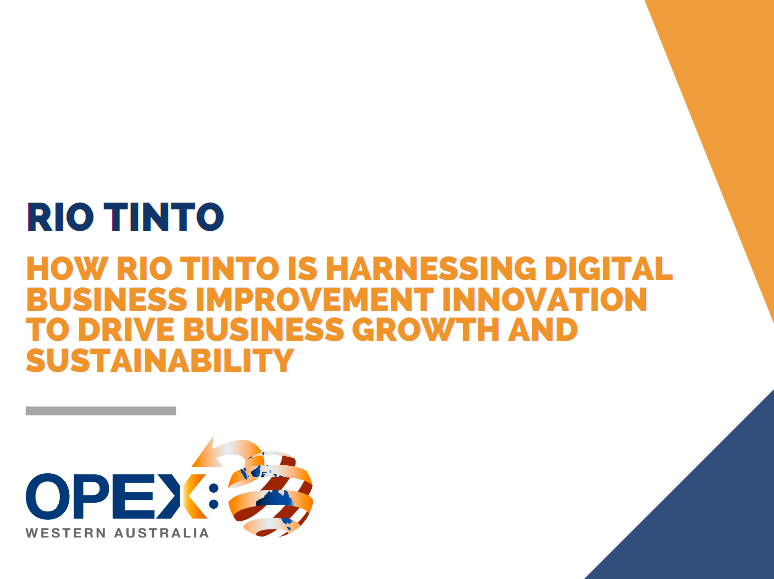 Operational excellence (OPEX) is the execution of the business strategy more consistently and reliably than the competition, with lower operational risk, lower operating costs, and increased revenues relative to its competitor. It is needed more than ever in today’s technology driven rapidly changing business models, which require organisations to undergo end-to-end business transformation. Operational excellence can also be viewed as execution excellence.

Looking to take their business to the next level, Rio Tinto, one of the world’s largest metal and mining corporations, embarked on a digital transformation journey some ten years ago which is forming the foundation for continued business growth and excellence by leveraging technologies such as mine automation, robotic processes, and data and analytics.

Ahead of the Operational Excellence WA Summit 2019 we caught up with Nigel Steward, Head of the Processing Centre of Excellence at Rio Tinto. Nigel, based at Rio Tinto in Montreal, Canada tells us about the technological transformations that are taking place within the organisation as well as the role of sustainability in their future thinking.

Please note: That all fields marked with an asterisk (*) are required.