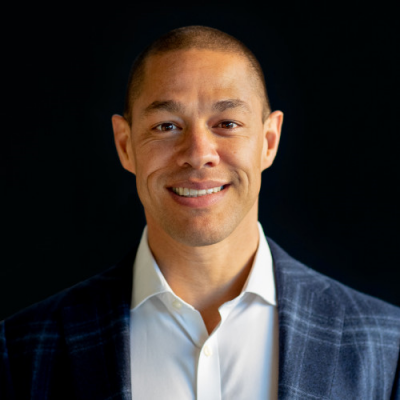 Michael Morales has spent a career leading high performing teams in complex environments. He is currently an Executive Director within JPMorgan Chase & Co.’s Performance Consulting practice, where he leads a top-notch team of consultants deploying process improvement, problem solving, and change management methodologies to help business partners mitigate risk, enhance service, and reduce costs. Most recently, he served as Chief Operating Officer of Arena Labs, a company passionate about bringing the science of peak performance, creative mastery, and elite teams to modern medicine. Before that, he served as an Air Force liaison to Congress, a White House Fellow, a Senior Advisor to the head of the U.S. Small Business Administration, and a military commander responsible for developing the Afghan Air Force’s airlift capability. An Air Force pilot with over 200 combat missions into Afghanistan and Iraq in C-17 and C-130 aircraft, Mike has advised political and military leaders globally, from leading teams planning and executing all U.S. military exercises in Central, South America and the Caribbean, to building partnerships with air forces in Europe, Asia, and Africa.

Mike serves on the White House Fellows Foundation Board of Directors and on the advisory board of The Factual, a company committed to restoring faith in the news by analyzing story credibility across the political spectrum. He holds a B.S. in Legal Studies from the U.S. Air Force Academy, an M.A. in Religion and a Master of Divinity from Liberty University, an M.S. in Logistics from the Air Force Institute of Technology, and an Executive MBA from the Quantic School of Business & Technology.

8:10 AM Emotional Competence: The Forgotten Ingredient of OPEX success

Technical competence is necessary, but insufficient, in achieving OPEX success. Emotional competence is just as important, though often lacking in our approach to inspiring others towards operational excellence. Conveying passion, humility, and curiosity is essential to building trust and to setting the groundwork for the embracing of change.
Through storytelling and personal examples, this inspiring keynote shares insights and tools towards developing a leadership attitude that empowers and inspires our teams to humbly bring their best selves to work. If done effectively, that attitude will infuse everything the team does as they achieve results and delight customers.

Check out the incredible speaker line-up to see who will be joining Michael.